Remy signs off on 2022 with points finish at the #ValenciaGP 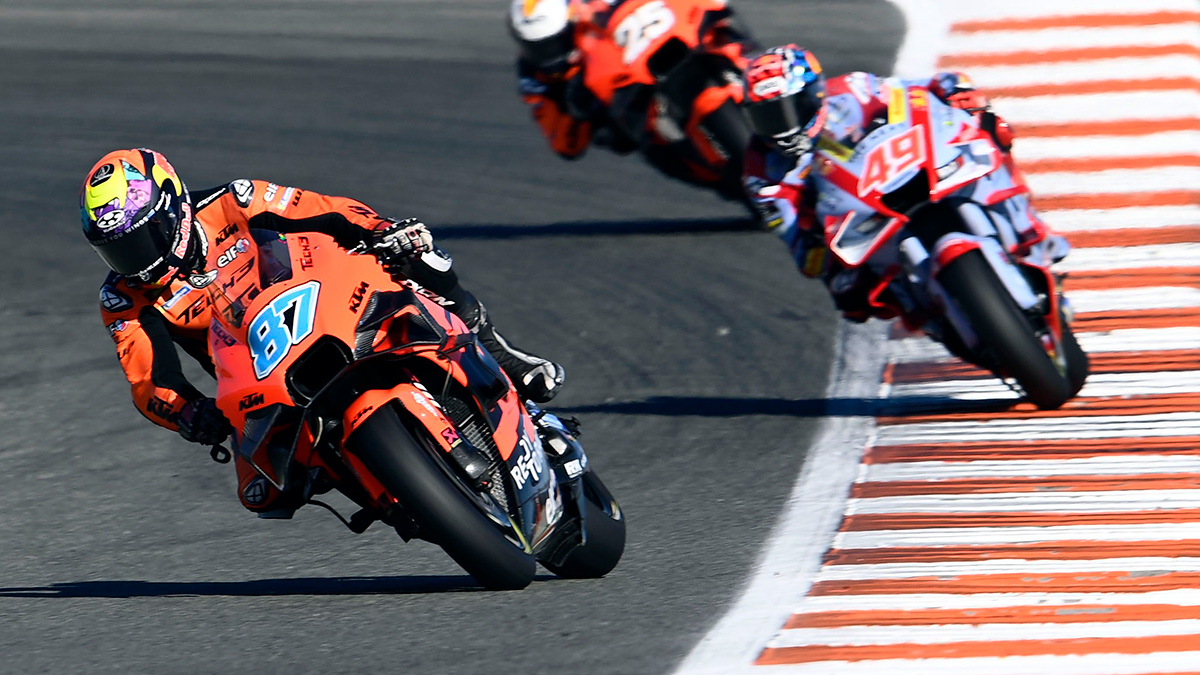 Tech3 KTM Factory Racing danced one last time in orange today for the 2022 season finale in Valencia. In front of an incredibly packed Circuit of Ricardo Tormo, Remy Gardner closed his KTM chapter in the points.

Remy did a very good race today for his final dance with the team. Starting from P19, he was already fifteenth after four laps. On a mission to finish in the best way possible, he pushed all the way to a P13 finish. He ends his 2022 campaign with thirteen points and ranks twenty-third in the riders championship.

“It was a good race! The start was not ideal because I went outside in turn 1 and was held up in turn 2, but after that I felt like I was on a mission and made my way to the top 15. At lap 7, I was feeling pretty good and was trying to get back at Aleix Marquez, but then he crashed just in front of me. I went a bit wide and gave everything I had to pick the bike up because I almost crashed. The end was quite fun, Raul Fernandez and I had a few battles together. We finished in the points in the end which is quite good. On to the next chapter.”