DNF for Remy in rain-hit #ThaiGP 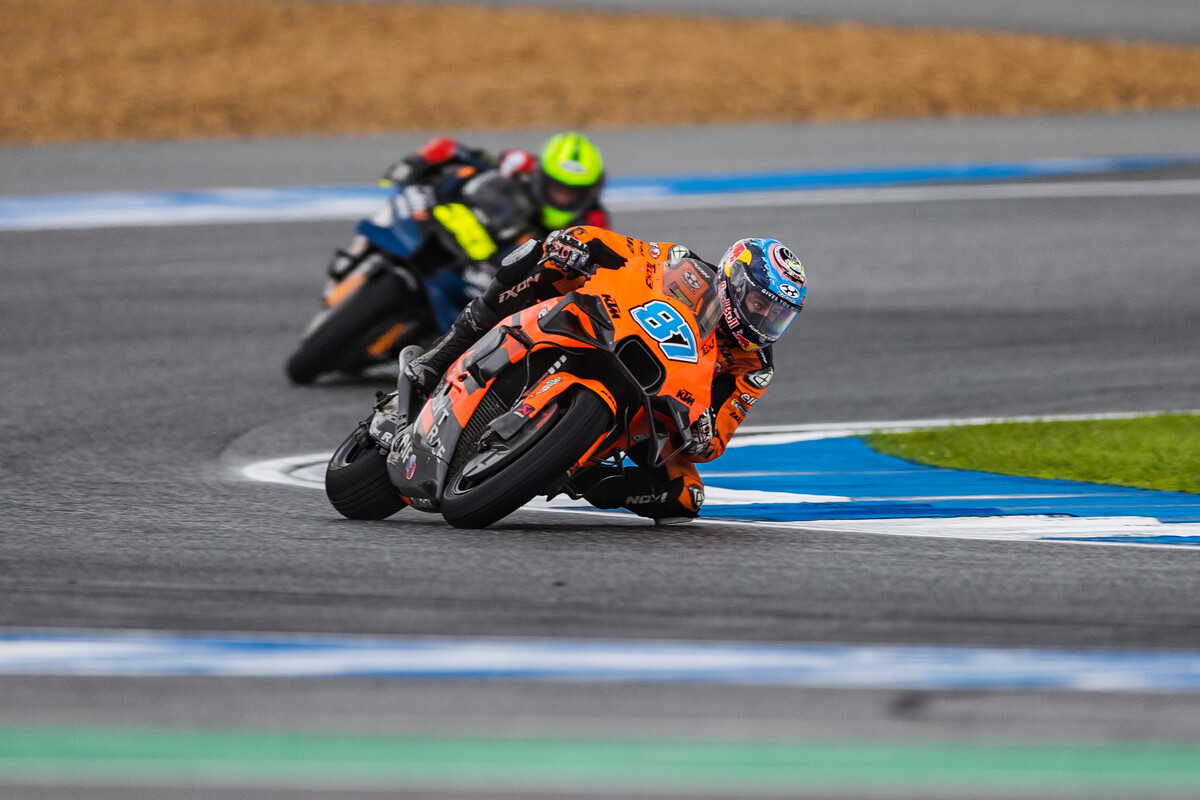 It seems that exotic countries always provide the thrills weather-wise. After Indonesia earlier this year which saw the MotoGP race being delayed due a heavy rain, the story repeated itself today in Thailand. The rush started when heavy drops fell down just in time for the Moto2 race. It continued to rain meaning that the MotoGP race was delayed by one hour after multiple race start announcements.

Eventually, the show went on and both Remy Gardner and teammate Raul Fernandez took a really strong start to their OR Thailand Grand Prix, their seventeenth race in the MotoGP class. Within five laps, Remy had powered his way twelfth.

Unfortunately, Remy crashed on lap 12 which put an end to his Thailand Grand Prix, but he will be back on track in two weeks for the Animoca Brands Australian Motorcycle Grand Prix at Phillip Island.

“I enjoyed the first few laps of the race although it was difficult to have visibility on the straights with all the water. I felt really good at the start of the race and was registering good lap times. Unfortunately, I ended up crashing, which is a shame because I think that we could have finished in the top 10. Next we will race in Australia, so I am looking forward to racing there, and hopefully we can have a good result at home.”