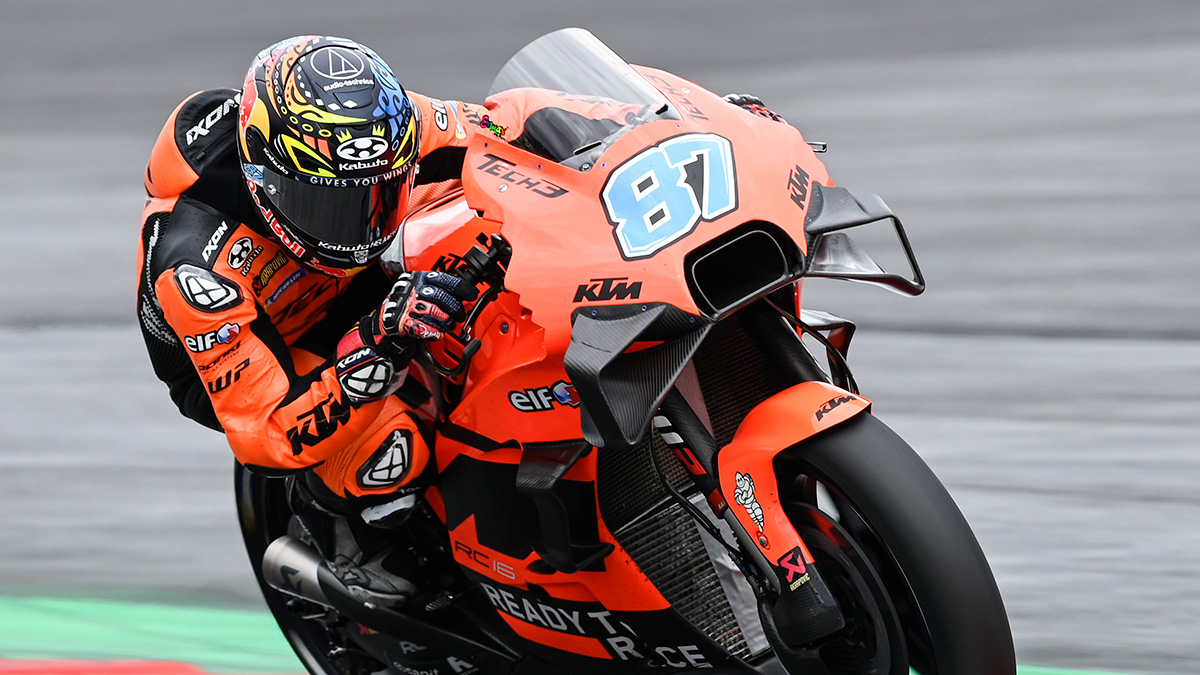 Things got spicier today at the CryptoDATA Motorrad Grand Prix von Österreich as the MotoGP action continued with the two final free practices followed by the qualifying sessions. In front of Austrian fans who came in numbers, Remy Gardner was on the lookout for a good grid position on KTM homelands.

Remy had a rather positive Friday despite the tricky conditions, and today was all about taking advantage of the dry track in order to gain experience on the MotoGP machine on the challenging, but fun to ride we have been told, Red Bull Ring.

In the first session this morning, Remy was faster and his best lap in 1’30.554 placed him in P23 at the end of the combined free practices. When qualifying time came around, the rookie continued to improve (-0.157 secs) and finished the session with a personal best of 1’30.397. He is set to start the Austrian Grand Prix from the twenty-second position tomorrow, as he will aim to grab a good result in KTM Turf.

“Of course I am disappointed about my lap cancellation because it would have been a good lap. Our pace is not so bad, but it is not amazing either. We have room to improve and go a bit faster. I look forward to the race tomorrow and I think that we can have a good one. Full gas!”