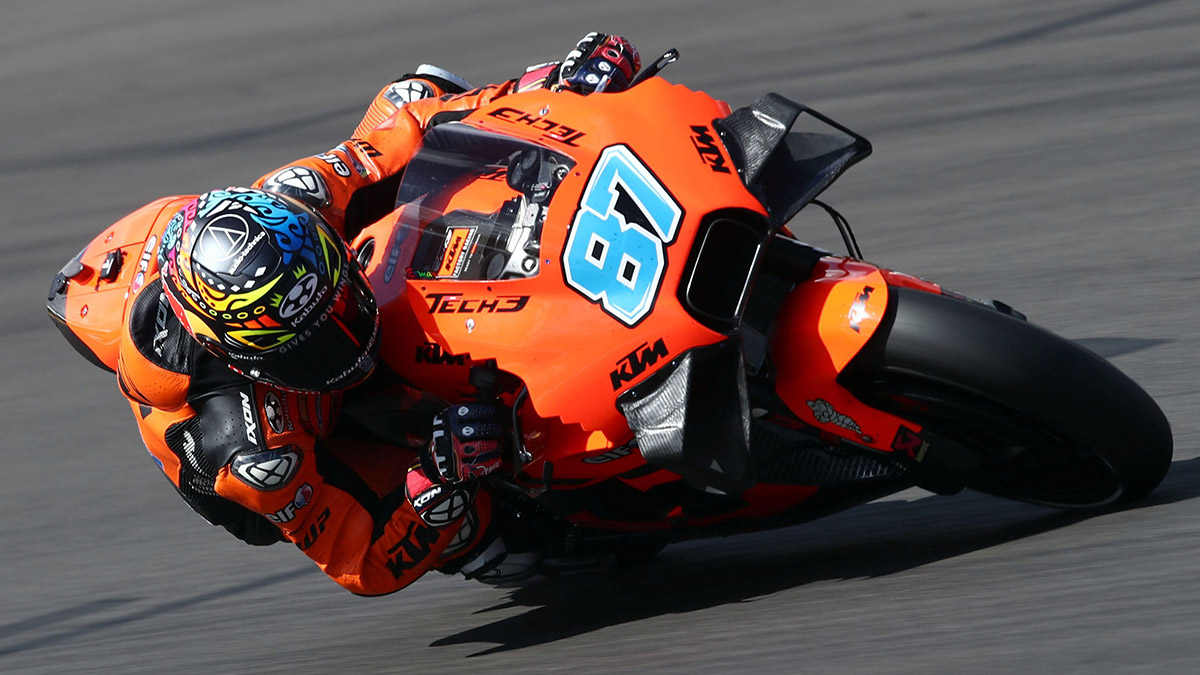 The MotoGP action returned today at the iconic Silverstone track hosting the British Grand Prix. Remy Gardner and teammate Raul Fernandez enjoyed the summer during which they took some rest, but also trained hard to get ready for the busy second half of the season ahead. Both were looking forward to hitting the track on their KTM RC16 for the first time since Assen at the end of June.

Remy went back on track this morning eager to be back to racing. Silverstone is a circuit he enjoys a lot, and hitting it on a MotoGP bike was always going to be a different story. He started the morning session well and placed himself P17 at the end of the first forty-five minutes of the day, with a best lap time of 2’01.539.

In the afternoon, he continued to progress as he reached 2’00.154, placing himself twenty-second at the end of Friday. The Australian rider is confident that he has margin to ride faster and will look to do so tomorrow when the MotoGP action resumes at 9:55 (GMT+1).

“It was good to be back on the KTM RC16 today and it was a good day overall in Silverstone. We could have done a slightly better time in FP2 but in the end it was not possible as we did not manage to improve all the sectors in one same lap, but I feel like I am riding well. I am on the right track and we will look to go faster tomorrow. I really like this place, so I think that we can have a good weekend here.”