Points finish for Remy in demanding German GP at Sachsenring 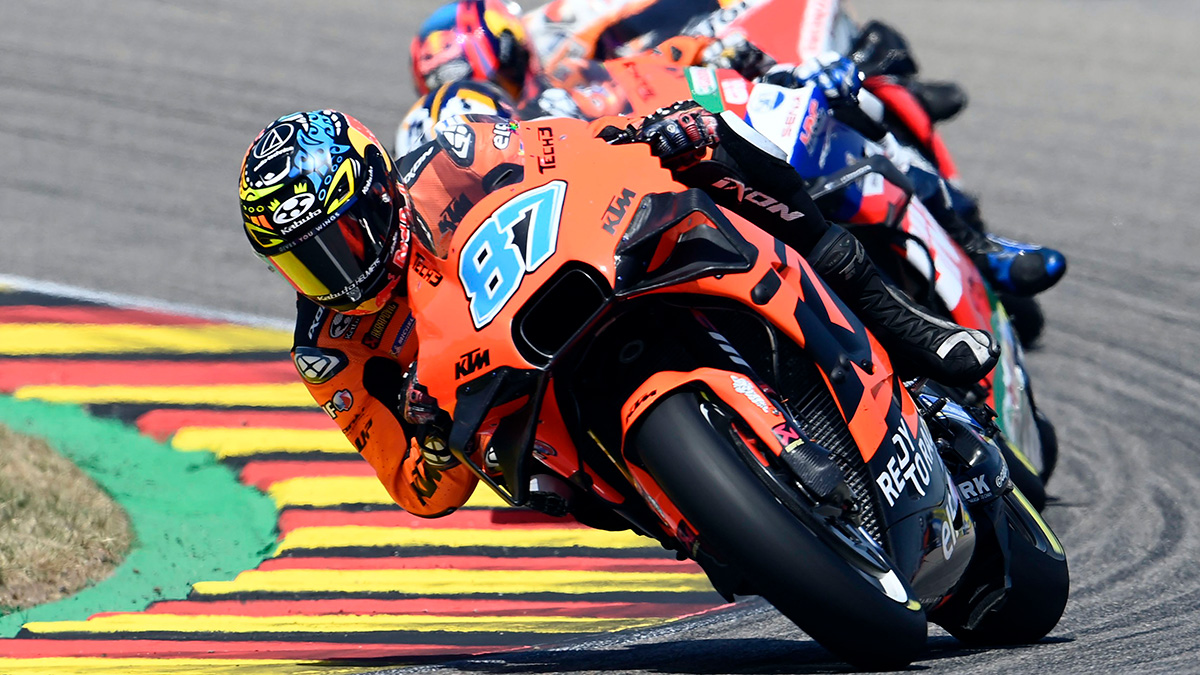 Following the first weekend in Catalunya which saw Tech3 KTM Factory Racing score points with their two rookies for the first time of the season, the crew were hoping to continue along that path at the Motorrad Grand Prix Deutschland, long of thirty laps. The race was set to be challenging physically as the thermometer showed 51° on track at 14:00.

Remy Gardner showed great pace all weekend long in Sachsenring although he struggled getting a fast lap in the qualifying on Saturday which meant he took the start from P21. The race start was not ideal as he found himself last and had to work twice as hard to catch up with the lost positions. He had a very good pace after a few laps and registered his best lap in 1’22.469 after five laps.

The tyres management was difficult to manage in the heat, especially after his efforts within the first half, so his times progressively went down, although he continued to push until the very end. Remy passed the checkered flag in P15 and scored points for the fourth time this season, the second in a row. Great team effort for Tech3 KTM Factory Racing set to head to Assen for the Dutch Grand Prix next week, the final race before the summer break.

“I am a bit disappointed with today’s race. We took a bad start and I found myself last at the end of the first lap so I had to battle it out to catch up, which means that I used my rear tyre faster than planned. It was so hot today so it was tough physically as well. I think that I held on pretty well anyway, I was just unable to go fast. We will analyze what happened and not make the same mistakes in the future. Thank you to everyone involved.”