Remy gets best ever MotoGP result with 11th at the #CatalanGP 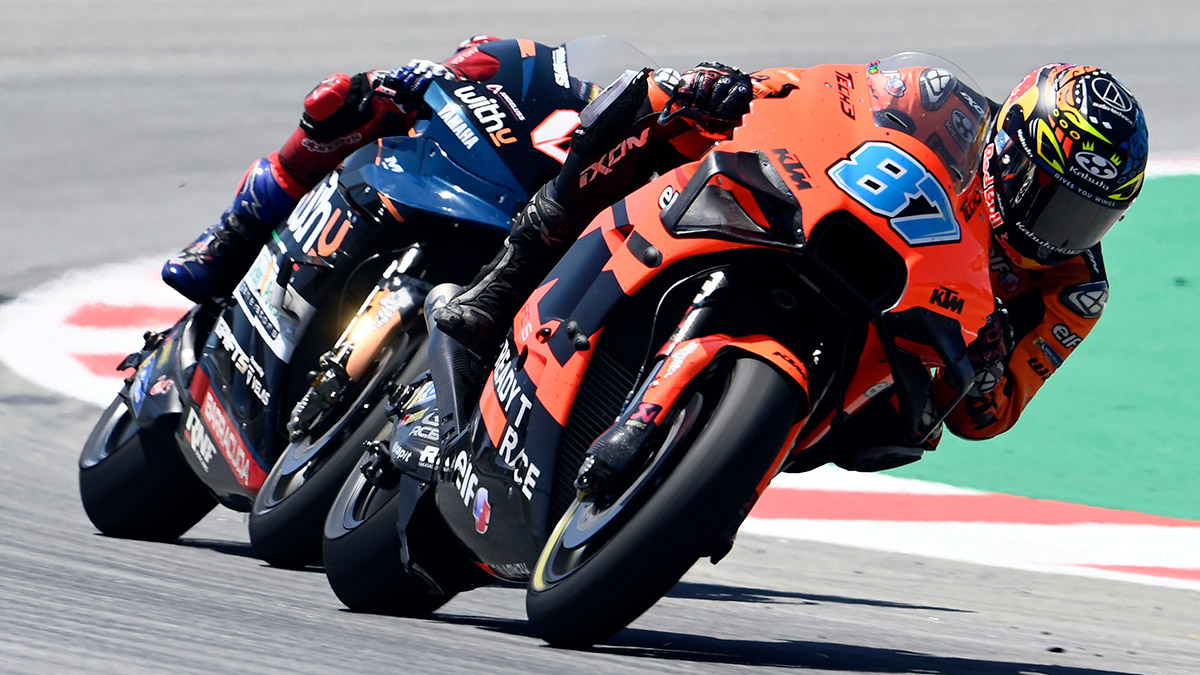 Nine races. This is what it took for Tech3 KTM Factory Racing to be scoring points with both rookies, a great achievement rewarding both riders and crew for their continued hard work since the start of the 2022 campaign in the MotoGP World Championship. At 14:00 local time (GMT+2), Remy Gardner was starting the Grand Prix of Catalunya from the twentieth position.

Although Friday and Saturday were not ideal, Remy was fully motivated to race for the first time on a MotoGP bike in Barcelona in front of family and friends. When the lights went out for twenty-four laps, he took a rather good start to find himself from P20 to P16. On the third lap, he was just 0.050 seconds behind Ducati Factory rider Jack Miller and managed to make a Top 15 entry on the fourth lap behind fellow rookie Darryn Binder.

Remy rode with a solid pace in the 1’41, with his best race lap in 1’41.504 on lap 7, which allowed him to maintain his position and be able to continue chasing the riders ahead of him. In the space of a few laps, he gained position on the likes of Franco Morbidelli, Jack Miller and Pol Espargaro and was in P13 on the thirteenth lap. Remy controlled his tyres very well and seemed able to continue pushing until the end. Within the final lap, he overtook two riders to pass the checkered line in P11, his best-ever MotoGP result this season.

“We got a good result which is really encouraging for the team and myself. There have been a lot of crashes, but I managed to stay on the wheels and fight until the end. I was even able to overtake both Franco Morbidelli and Darryn Binder in the final lap, so we can say that we deserve this result. I am really happy for everyone involved, and we now need to continue in this positive direction.”