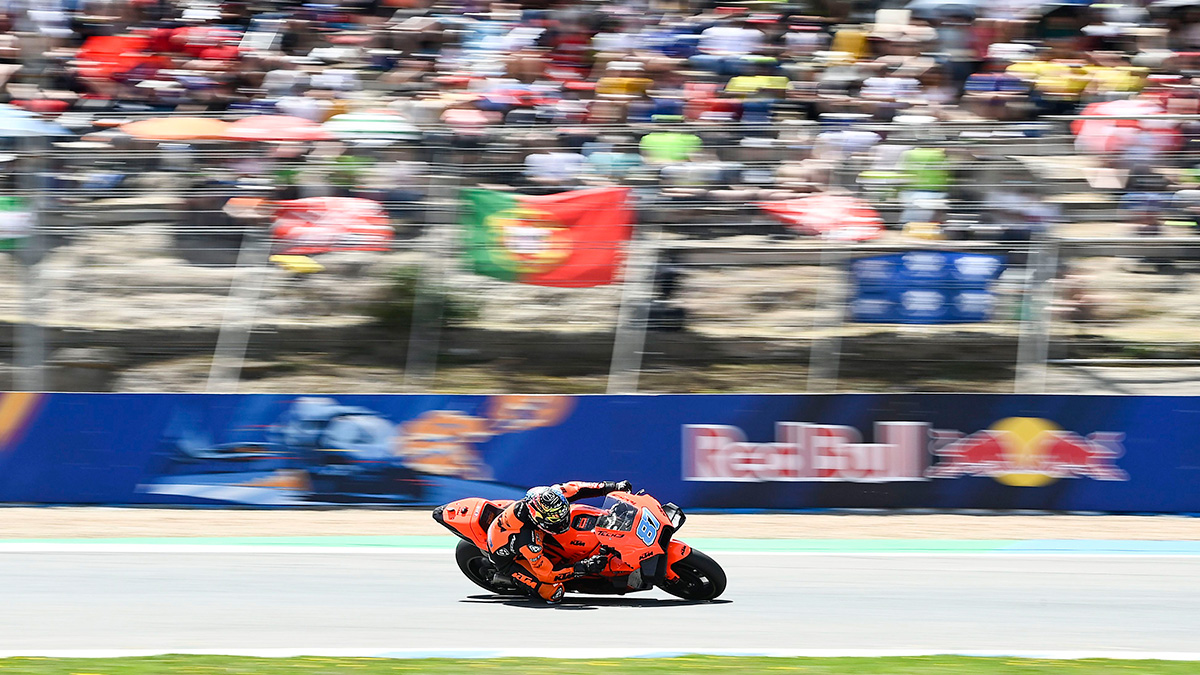 It was qualifying day for the left side of the Tech3 KTM Factory Racing garage today in sunny Jerez, the right side being on pause with Raul Fernandez declared unfit for the Gran Premio Red Bull de España. On Friday, we already witnessed fast laps with all the riders being so close to each other, and it could only get better today as times continue to go down for almost the entire MotoGP class. Remy Gardner registered his best qualifying result of his young MotoGP career as he will start his sixth race in the category from P18.

Twenty-third at the end of Friday despite being only 1.282 seconds away from the top position, the rookie got back to work this morning for Free Practice 3 at 9:55 local time (GMT+2) with hopes to find more speed than yesterday to catch-up on the riders ahead. The Australian started his first run of ten laps with slick-medium tyres, before going back to the pit box and changing the front to a new slick-hard tyre and the rear with a slick-soft. At the end of his third run, he managed to get his best lap time of the weekend at the time in 1’38.095, which kept him in his twenty-third position at the end of the first three combined free practices.

In the afternoon, Remy continued his race’s preparation during the final thirty minutes of allocated free practices, and rode another fourteen laps split into two runs. He did not manage to go as fast as the morning session, but eventually got his best lap time on lap 10 in 1’38.826. Shortly after, the rookie went on track with new tyres for Qualifying 1 to try to get the fastest lap possible for a good grid position on Sunday. He immediately got his best lap time of the weekend (1’37.889) on his first fast lap. Wanting for more, he continued to push to the limits but unfortunately ended up crashing towards the end of the session in the first corner, luckily without any injury. Remy will start the Spanish Grand Prix from P18 on Sunday, and will aim to enter the Top 15 for the third time of the season at the end of the twenty-five laps.

“It has been a tough weekend so far but we managed to get a good lap during the qualifying session that we can be happy with. However, we still have room for improvement because I pushed a lot to get this special lap done, so I am hoping that we make a few tweaks overnight.”