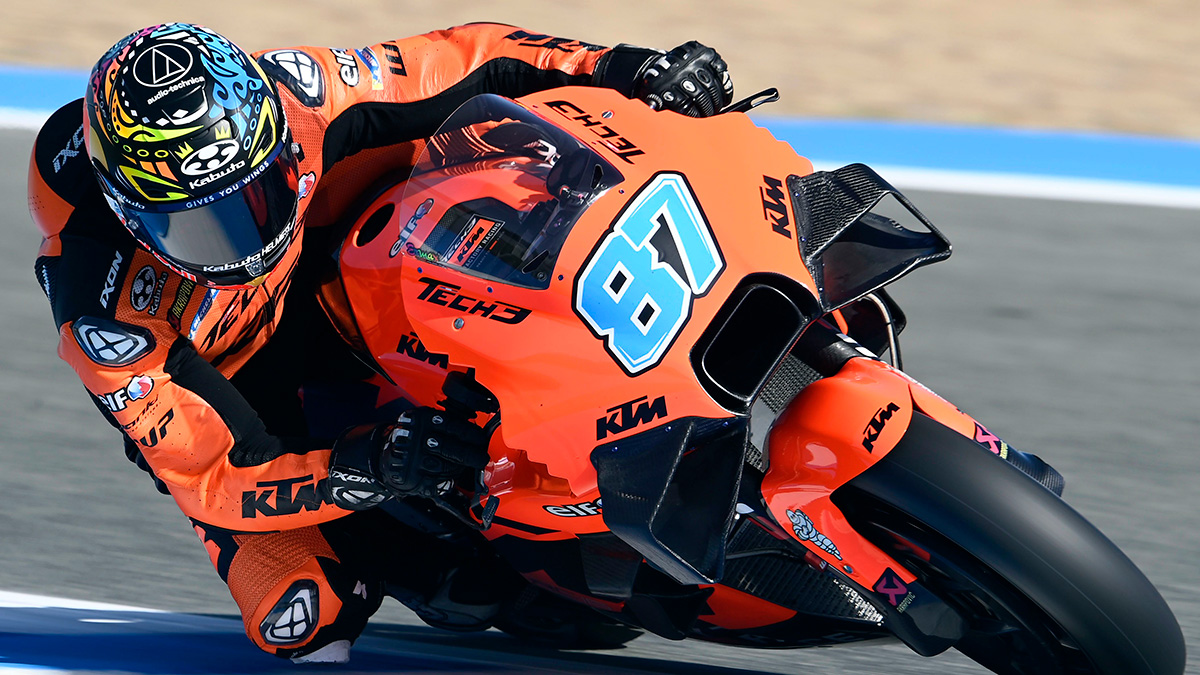 Australian Remy Gardner will once again carry Tech3 KTM Factory Racing’s hopes this weekend following his teammate Raul Fernandez being declared unfit. After a positive first test session back in November, the rookie jumped back on his KTM RC16 on the iconic Circuito de Jerez – Ángel Nieto. This track being a regular destination for testing, many riders know it so well, explaining why times were fast straight away this morning when the Free Practice 1 kicked off at 9:55 local time (GMT+2), for forty-five minutes. Remy did three runs and eventually got his best lap time on the third one with the slick-medium Michelin tyres, in 1’39.700. He finished 21st at 1.506 seconds from the top, while the nineteen first riders had less than one second separating them from each other.

In the afternoon, times logically went down for everyone, and the second free practice session remained so close, with the sixteen first riders having less than one second separating them. Remy did another set of the three runs, and managed to get his time going down to 1’38.353, on lap 18, in which he improved all his sectors with a slick-hard tyre at the front, and a slick-soft at the rear. He finished the day in P23, and will look to continue improving tomorrow when FP3 starts at 9:55 local time in order to get ready for the qualifying sessions.

“Today has been a tough day but it has not been so bad in the end. We did a lot of laps and tried a few things, but the times were really tight. Everyone is so close to each other because all riders are so fast in Jerez as this is a circuit that we all know very well. I am hoping that we can go faster tomorrow in order to improve my position.”