Remy best rookie and back in the points at the #PortugueseGP 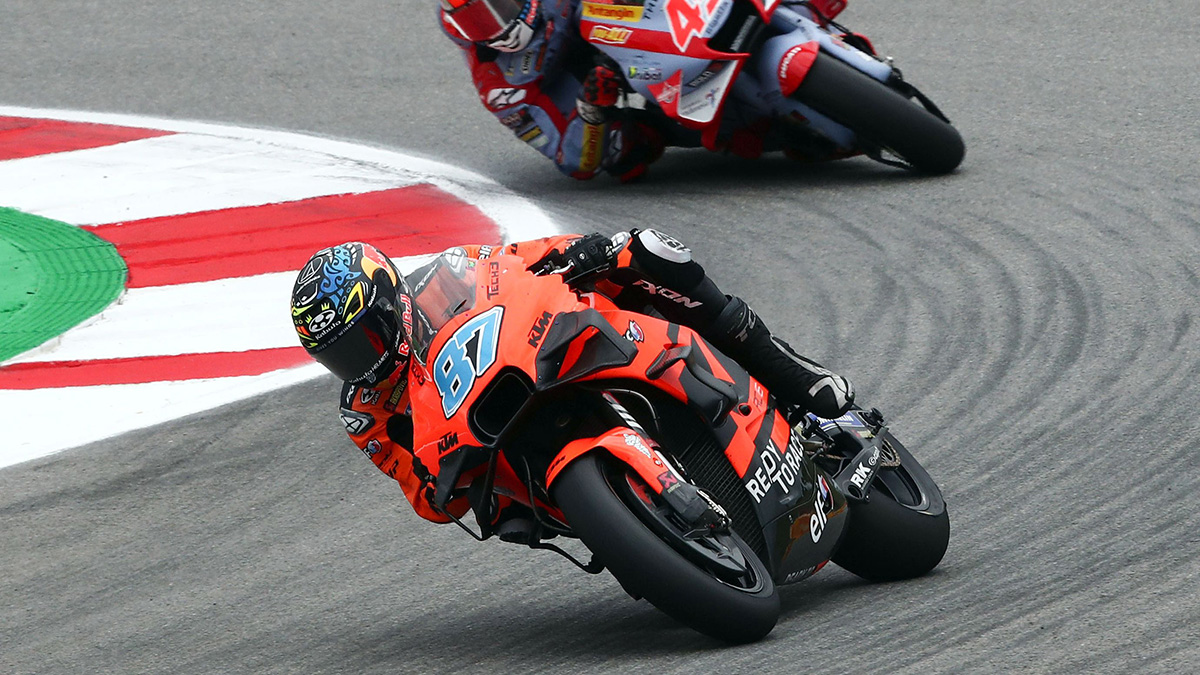 All Tech3 KTM Factory Racing’s hopes were on Remy Gardner at Portimao today following the injury of teammate Raul Fernandez, and he had a decent weekend at the Autodrómo Internacional do Algarve for his first time at the Portuguese rollercoaster with a MotoGP engine, in rainy conditions. Despite a small crash on Saturday afternoon, the rookie provided a great effort all weekend, and was looking forward to riding for the first time of the weekend in dry conditions. The Australian had twelve laps this morning to discover the track on the dry before placing himself on the grid in P20 for the twenty-five lap race.

When the lights went out for the fifth round of the season at 13:00 local time (GMT-1), Remy did not have the start he was hoping for and found himself at the back in the first corner. He managed to recover quickly and overtook a few riders such as Marco Bezzecchi and Fabio Di Giannantonio, although it unfortunately meant that he lost the group ahead of him.

Remy had a very good race pace throughout the first half, and registered his best race lap on lap 13 in 1’40.494. A few crashes meant that points were up for the grab, and the rookie took his chance by reaching the line in P14, scoring points in the MotoGP class for the second time after the Grand Prix of Qatar. Remy finishes best rookie and second KTM rider, a great achievement for Tech3 KTM Factory Racing team who get its best result of the season so far.

“The race was the first time of the weekend we were able to ride in the dry, because this morning was still a bit humid. I did not get a good start and found myself last at the first corner, but I managed to recover quickly. It is unfortunate because once I passed both Marco Bezzecchi and Fabio Di Giannantonio, I started to have a decent pace, but by that time the group ahead had made a consequent gap already. It is a bit of a shame because halfway through the race, we had a decent pace so I think that I could have aimed for a Top 10.
I feel positive about today. I scored two points, although some riders crashed, but it is still two points in the bag after a hectic weekend here in Portugal. It has been my best race so far this season, and I feel like if we would have had more dry time, I would have had more chances on my side, but I am happy overall anyway.”