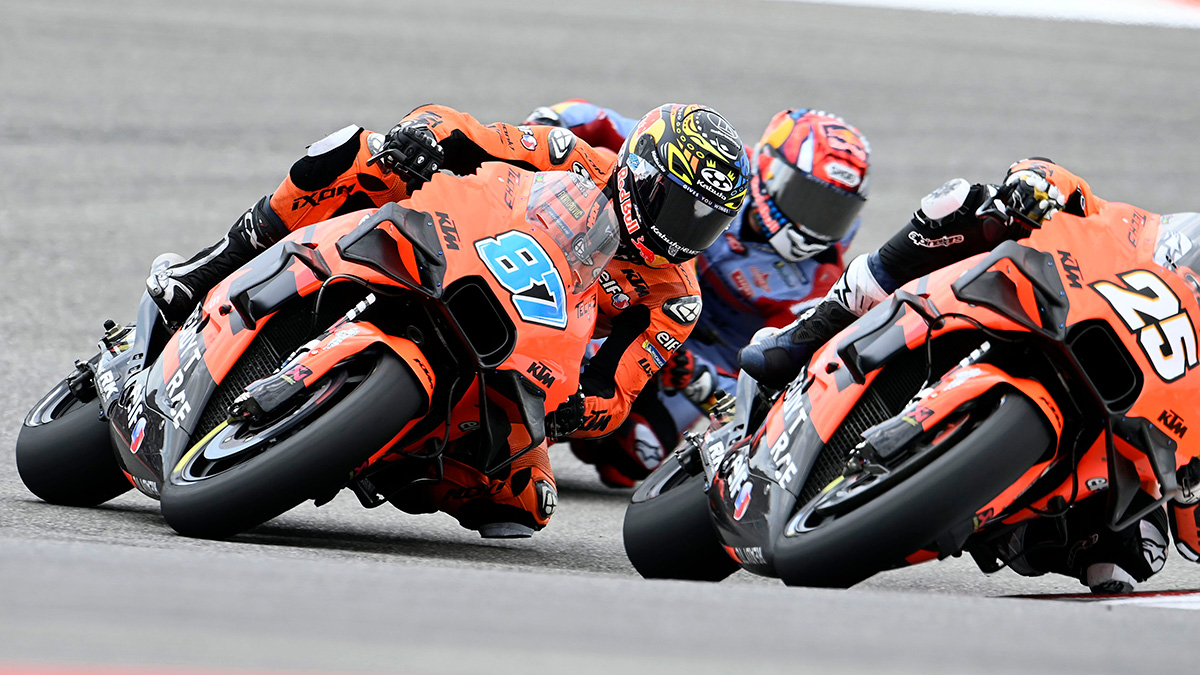 The Circuit of the Americas in Texas, Austin, hosted the fourth round of the 2022 MotoGP World Championship on Sunday, in front of American fans eager to see the action return for the first time with full capacity since the COVID-19 outbreak.

Remy was starting from the 22nd position on the grid. After a good start that placed him in P19, the number 87 lost his gained positions after a couple of laps, overtaken by Fernandez and Morbidelli. Remy seemed to struggle to set a good race pace, and unfortunately regularly lost time with small mistakes. It appears that Remy suffered from his wrist, still fragile from his February injury, on this physically demanding track. He finished the race in P20, in 42’05.553.

The first series of races overseas comes to an end for the Tech3 KTM Factory Racing, at the end of which our two rookies are now going to Europe to race on circuits they are more used to, with incredible MotoGP experience in the bag gained since the start of the season. It is now Portuguese rollercoaster time, as we will be heading to Portimao, Portugal, for the Grande Prémio Tissot de Portugal, on April 22-23-24, 2022.

“It was not a great day. After 6 or 7 laps, I was physically exhausted, and I was not feeling comfortable on the bike. Towards the end, I managed to do a good lap, but I had to put my heart and soul to every corner, and to do that during an entire race is not possible. We also had a big drop with the soft tyres, so maybe we did not pick the right option for the race, and I think that we are still missing a lot.”