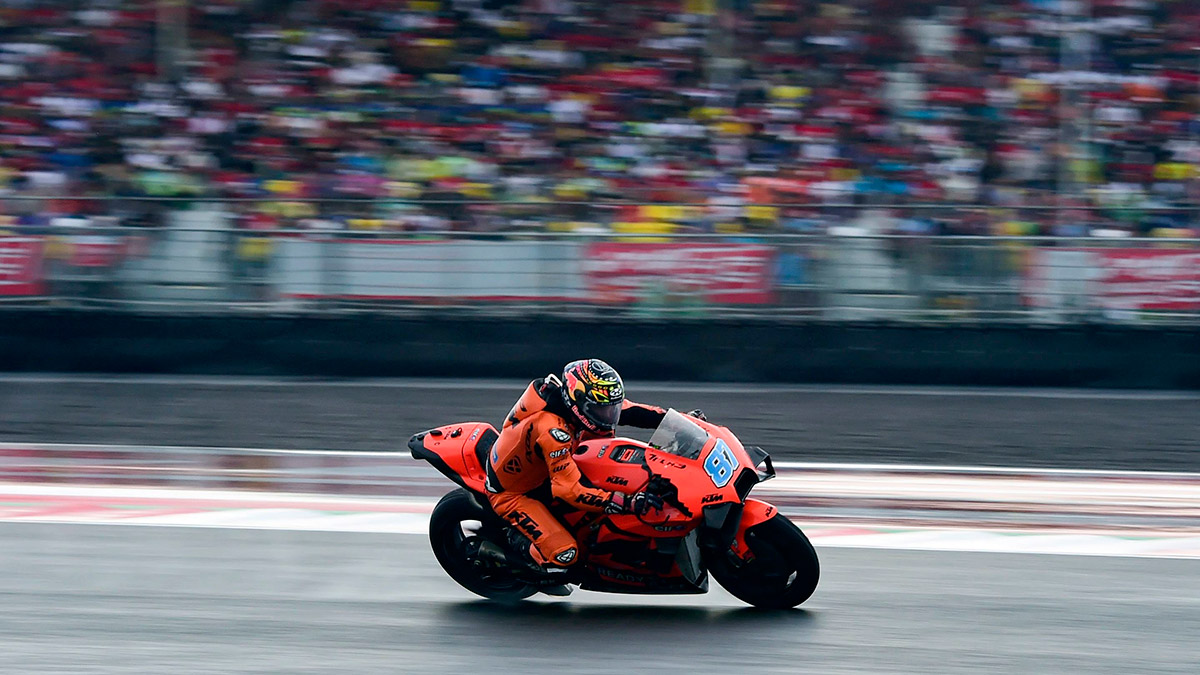 The day the MotoGP Indonesian fans were waiting for finally came today, as the Pertamina Mandalika Circuit hosted the Grand Prix of Indonesia for the first time. Eventful is the least we can say when trying to describe the Sunday that the MotoGP paddock has just experienced. Whilst Moto2 and Moto3 races went on as planned on dry conditions, drama time came around to disturb the events when the rain started pouring down just forty minutes before the MotoGP race start, initially planned at 15:00 local time (GMT+8). Leaving the track in impracticable conditions, it left no choice to the MotoGP race direction than delaying the race start until further notice. After more than one hour of heavy rain, it finally calmed down, allowing the race to start at 16:15 local time for twenty laps, in front of an Indonesian crowd very eager to finally see the action go on.

Remy Gardner started from eighteenth position, who was also eager to race for the first time here in Indonesia. For his first wet race in MotoGP, Remy was also in discovery mode today on rainy Lombok island, and seemed to struggle finding confidence on his bike. Once he started to understand a bit more his tyres and their limit, Remy was on his own at the back but it allowed him to focus on his lap-times and improved towards the end of the race. Just like his teammate, he goes home having taken great experience of this race, will learn from it, and will now head to Argentina, a race that he enjoys a lot.

“It was the first time riding a MotoGP bike in the rain, so it is never ideal going into a race when you have never tried the wet before. If I am honest, I expected more of the race today. I had some visibility issues today with the rain and it did not improve much as I was behind the others, but at least I took a lot of experience and managed to do the twenty laps. I was able to learn a lot about the tyres as they are very different from the Moto2 ones. The last few laps, I found myself on my own, so I had less water coming into my visor and was able to start improving my sectors and my times. I try to keep positive and move on to the next race.”