Remy ends tricky day one in Indonesia on a positive note 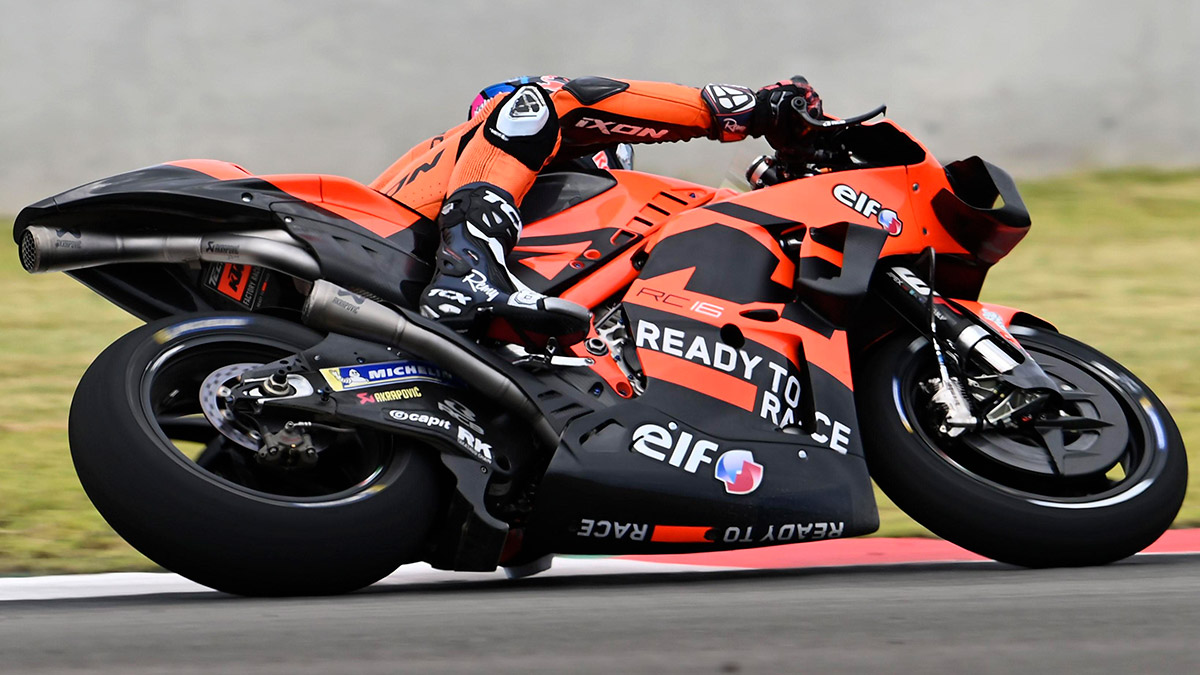 For the first time ever, Tech3 KTM Factory Racing was traveling to the beautiful island of Lombok in Indonesia for the first Official MotoGP Mandalika Test set to take place from February 11 to 13, with the aim to try the brand-new track of Mandalika circuit ahead of the Pertamina Grand Prix of Indonesia on March 20, 2022. The entire MotoGP class was trying out this new layout of 4.3km on Day 1, with six left corners and ten right corners, located in the south of the island, by the ocean.

With a scheduled start at 9:00 local time, the red flags were shown shortly after the first few laps due to track conditions. With a very heavy rain that had occurred a few hours before the start of the day, there was a lot of mud on the track, meaning that a clean up operation got underway and stopped the action until lunch time. Before 15:00 local time, the riders were told to complete around twenty laps each to see how the track conditions were evolving. Luckily, the track dried out and conditions improved quickly, meaning that the work could continue for the rest of the day.

Remy Gardner was back on his KTM RC16 after some well deserved rest following an intensive week of testing in Sepang. The aim of the day was to do laps in order to learn the track as much as possible and get used to all its technicalities. On lap 30, the Australian crossed the line in 1’35.634. Eighteen laps later, we saw an encouraging improvement as he gained one second, with his best lap of the day in 1’34.603. Overall, Remy completed 64 laps despite his wrist continuing to hurt him, and will get some rest before the action returns tomorrow.

“The layout is quite fun, I enjoy it because you are on the gas a lot and there are some fast corners. However, the track was very dirty. At one point, I thought that we would not be able to ride at all. We got the red flag to allow the track to be cleaned, and when we all went out again to do twenty laps each, the track started to get better and times started to come down. My wrist continues to hurt me as we get more days on the bike, but I will get some rest tonight and hopefully I will feel better tomorrow.”