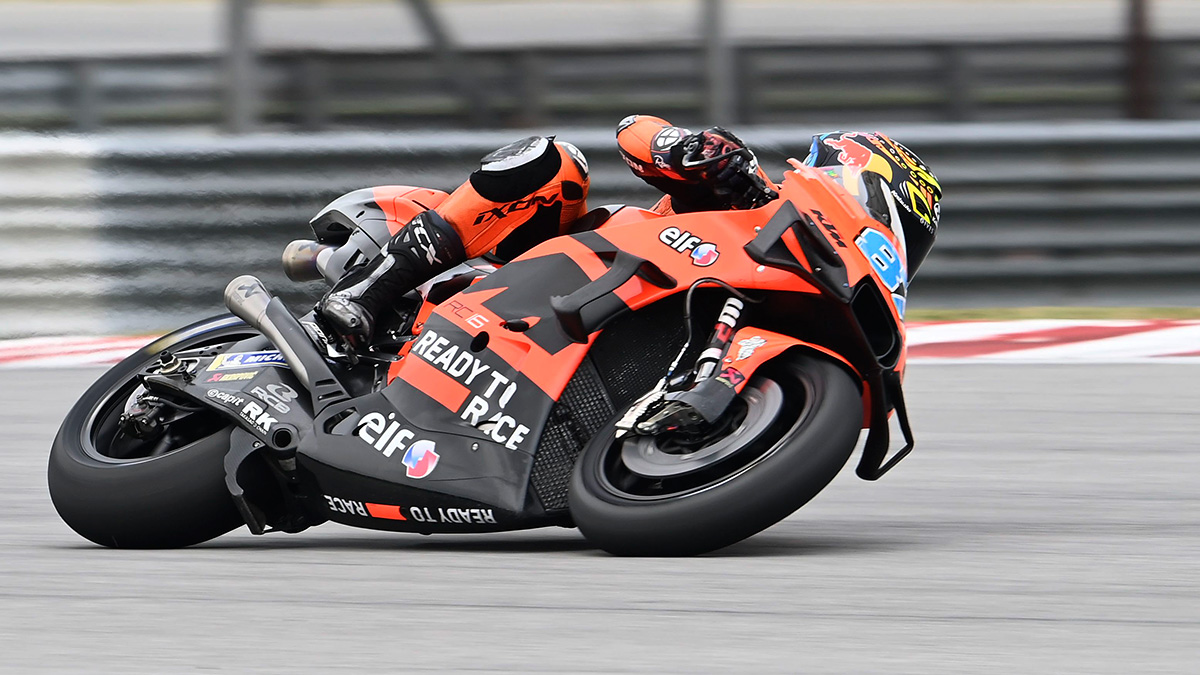 Tech3 KTM Factory Racing’s duo went on track for the fifth and final day of the week today at Sepang International Circuit. Following an intensive week of testing here in Malaysia with three days of Shakedown and the Official Sepang Test, Remy Gardner and teammate Raul Fernandez slowed down the intensity on Sunday and completed 35 and 24 laps respectively.

It was an early start for Remy Gardner who managed to improve his lap-time from yesterday just five laps after leaving the box. He continued to improve progressively throughout the morning, crossing the line on lap 17 in 1’59.697. Towards the end of the morning, he reached his best lap-time of the week with 1’59.348 on his thirty-fourth lap, just before calling it a day for the Test week here in Malaysia.

After a very intensive week, the Australian was struggling with his injured wrist and decided to get some rest in order to take care of his physical condition. The Tech3 KTM Factory Racing is now headed to a new destination, Indonesia, to participate in another three days of testing at the new Pertamina Mandalika Circuit.

“It has been a very busy week of testing. Malaysia was fun but I did roughly two hundred laps here, so I have to admit that I look forward to changing the track and going to Mandalika. We tried a lot of different things this week, especially during the Official Test, and we managed to find some interesting points with the bike. Halfway through the day today, we decided to stop because I was struggling with my physical condition and especially with my wrist, after four full days on track, and it is important for me to focus on my injury’s recovery. I still managed to go faster this morning and I improved my lap-time, which I am happy with. We are still a bit far away from the top positions, but considering the circumstances, it is not bad at all.”