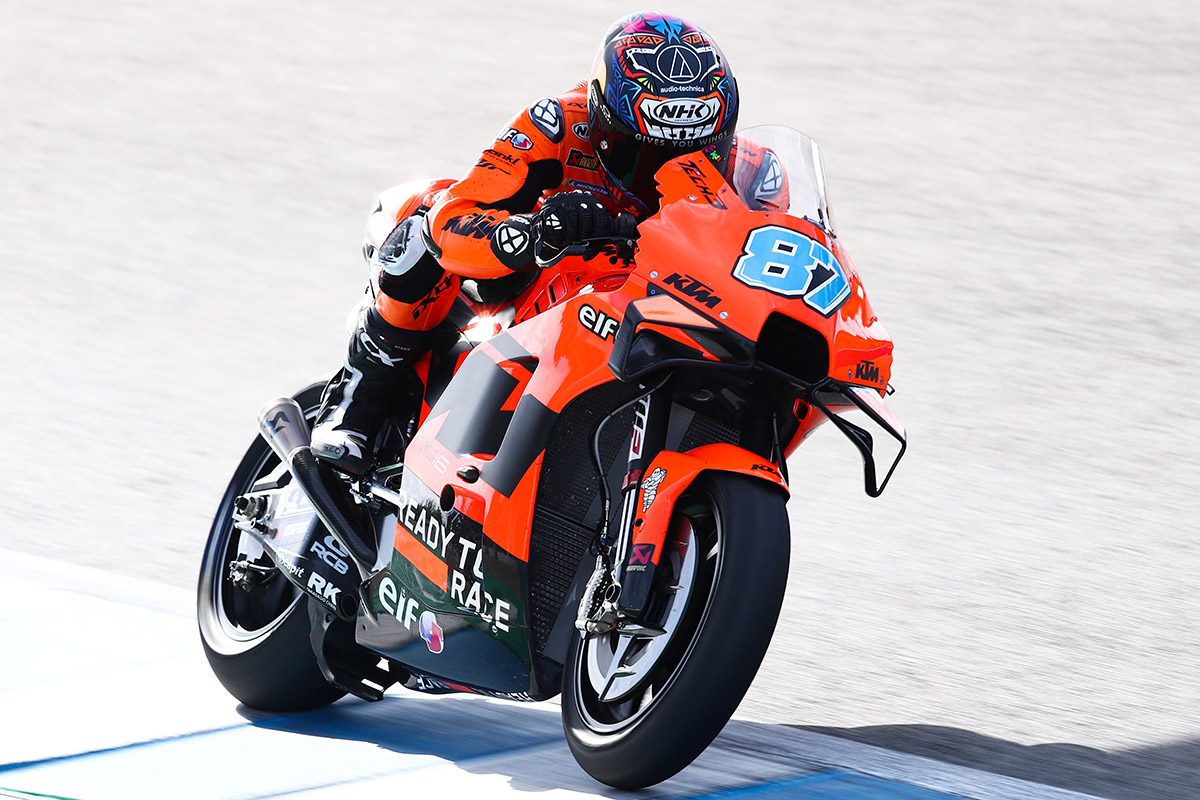 Newly crowned Moto2 World Champion Remy Gardner today made his official debut in the Premier Class under his new colours in the post-season MotoGP testing at he Circuito de Jerez. Today was all about discovery and learning on his new KTM RC16 at the Circuito de Jerez-Ángel Nieto, under sunny but windy conditions. Unfortunately, the Australian rookie hurt his rib in a change of direction early in the day, which caused him pain to ride his bike, but he still managed to complete 52 laps and finished the day in P24.

REMY GARDNER
“Today was a fun day. In the morning, I started to feel really good on the bike and was improving a little bit. At some point, I had a fast change of direction and I felt one of my ribs cracking and it started to really hurt when I came back to the box. It might be broken again. In the end, I took some pain killers and just tried to finish off the day in a smoother way. Overall, it has been a pretty painful day riding a MotoGP bike!”