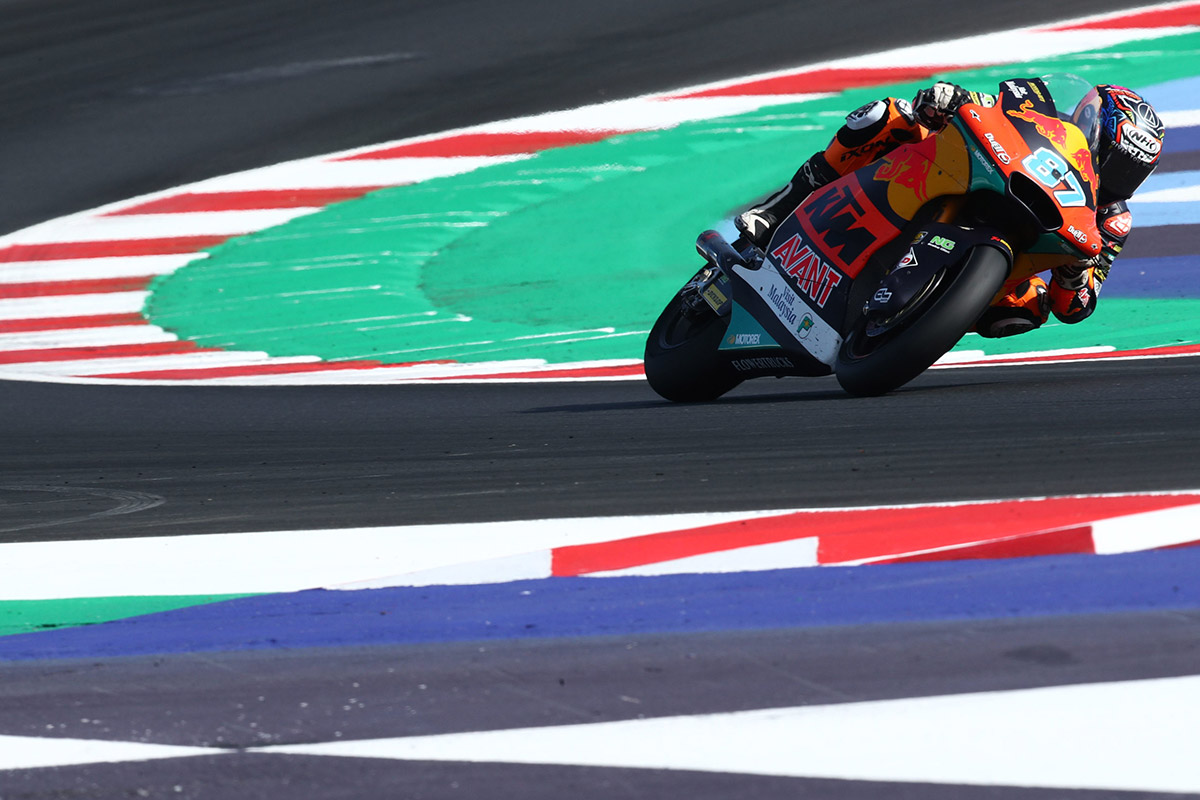 Red Bull KTM Ajo Moto2 concluded a challenging weekend at the Misano World Circuit Marco Simoncelli on Sunday, with the Emilia Romagna Grand Prix race. Remy Gardner was seventh, having to deal with various issues in addition to serving a long lap penalty in the final part of the contest.

Remy, who started from the fifth row of the grid, pushed to the fullest when the lights went out. Despite small issues that the Australian rider experienced during the race, he made a steady series of passes until he reached the seventh place.

On Lap 17, due to an incident with another rider, he had to complete a long lap that took him away from the frontrunners. He finished the contest in seventh position, picking up some important points.

Remy continues to lead the Moto2 World Championship with 280 points and will return in two weeks for the Algarve Grand Prix, the penultimate round of the season, on November 5th-7th.

REMY GARDNER
“It has been a weekend with many ups and downs. In the end, we were lucky and we have taken some important points. However, we cannot afford to have more rounds like this if we want to fight for the championship. We decided on our tyre following the choice made by the rest of the grid, but unfortunately it didn’t work out so well for us and I was left behind in the group. In addition, we had an incident with another rider and we had to serve a long lap penalty. I’m sorry about what happened. From there I tried to fight back as fast as I could, and finally we finished seventh.”