Remy crashes out of the Grand Prix of the Americas 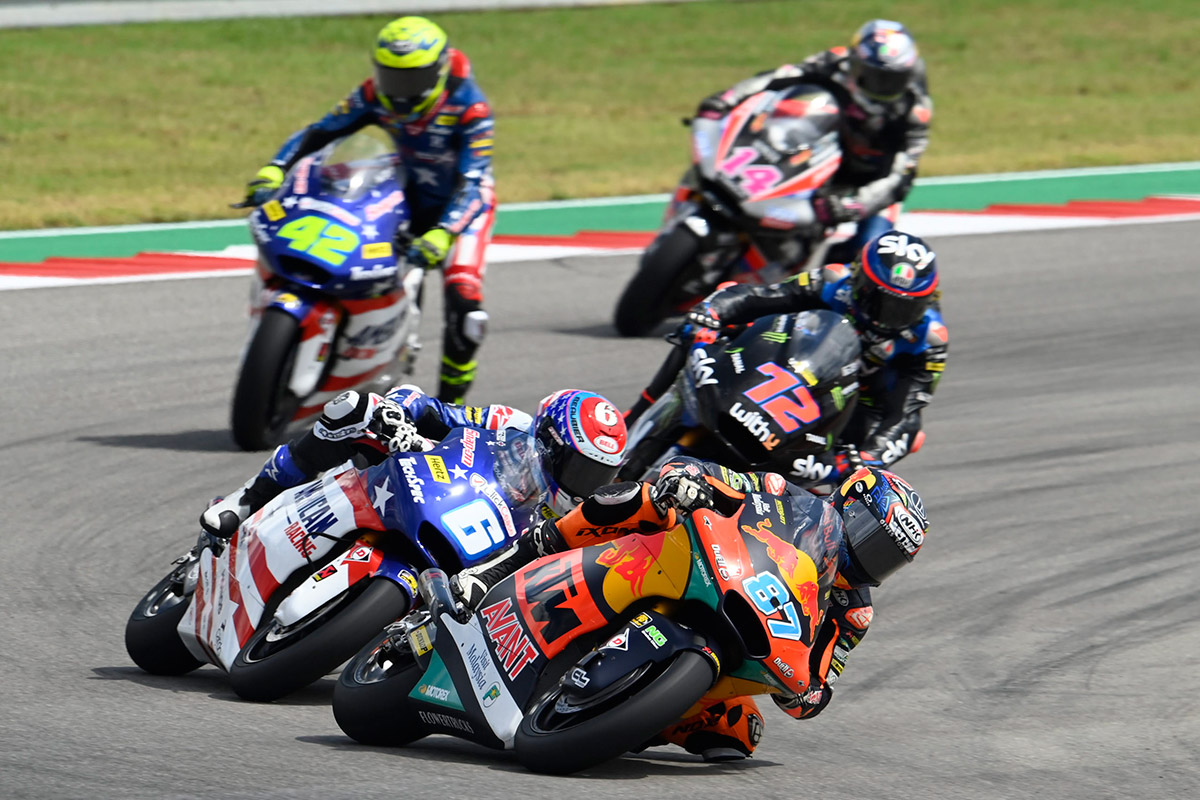 Remy Gardner was on course for a podium at COTA in Sunday’s Grand Prix of the Americas, but was unable to finish after suffering a crash on Lap 7 when in second position.

Remy, who started from the second position on the grid, got off the line well. The Australian tried to challenge his teammate for the lead, but was unable to prevent his escape and was left battling amongst the chasing group. Remy managed to break free of the pack in second place, until an unfortunate crash at Turn 15 of Lap 7 took him out of the race.

He continues to lead the Moto2 World Championship with 271 points. Red Bull KTM Ajo Moto2 will return to action at the Emilia Romagna Grand Prix from October 22nd-24th.

REMY GARDNER
“Unfortunately, we crashed today, and we were not able to finish. I was pushing really hard, and we had a good pace, but this is racing and sometimes we make mistakes. The important thing is that we are still leaders of the World Championship and there are still three rounds to go. Of course, I will fight and give my all until the end. We have to maintain a positive mentality and try not to make any more mistakes for the remainder of the season.”