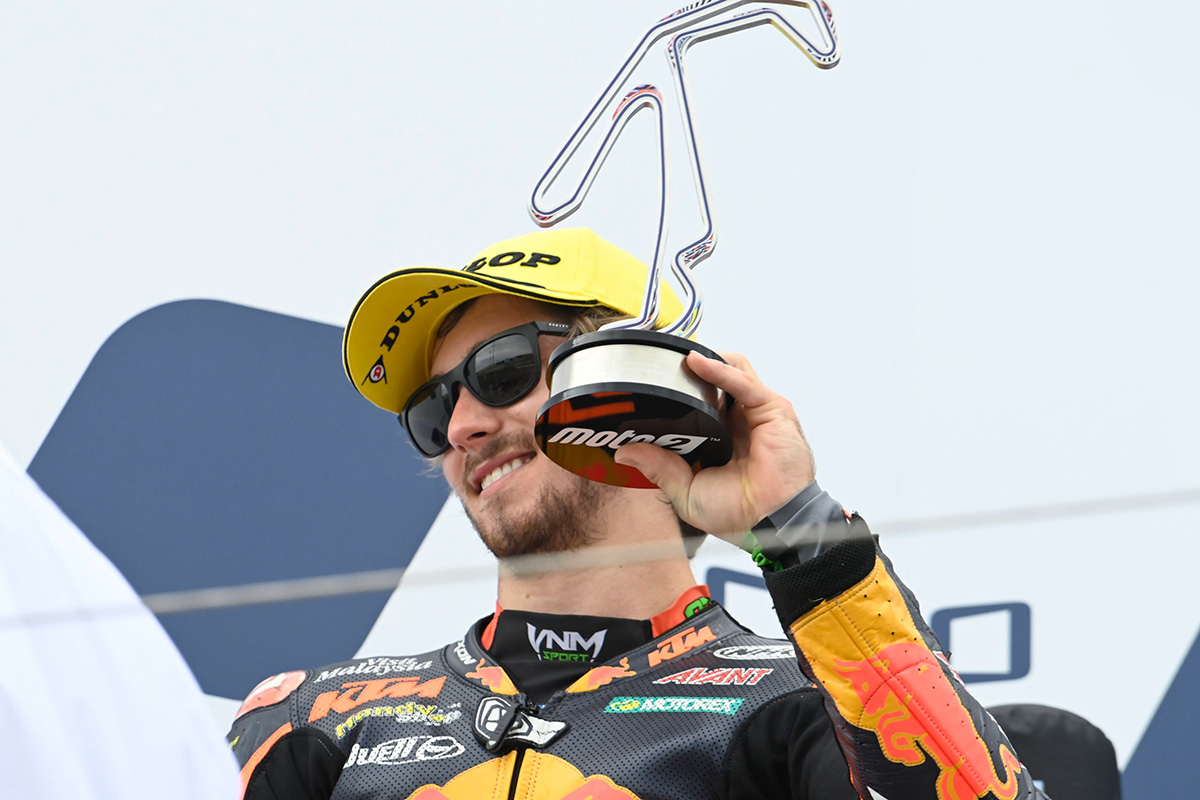 The Red Bull KTM Ajo Moto2 enjoyed another dream Sunday at the San Marino Grand Prix, earning their sixth one-two finish of the year, as Remy Gardner claimed his 11th podium from the 14 races in 2021 to date.

Remy was on the second row of the grid but had a tough opening lap. The Australian then had to work hard to overtake other riders and climb positions. At the halfway point of the race, the World Championship leader hunted down the front group and moved into the podium places for the first time, then set his sights on his teammate. After a scare on the final corners when mounting his challenge for the win, he finished in a deserved second position.

Remy continues to lead the Moto2 World Championship with 271 points. The Red Bull KTM Ajo duo will be back in action in two weeks for the Americas Grand Prix, held from October 1st-3rd.

REMY GARDNER
“It was a spectacular race today. We pushed hard to get the victory, but a mistake at Turn 11 on the last lap prevented us from doing so. What I will take away is that we were very fast and I felt strong. The important thing is that we have once again limited the damage and picked up 20 more points. We can’t complain. I want to thank the team and everyone who supports me. We will give it our all again at the next race.”