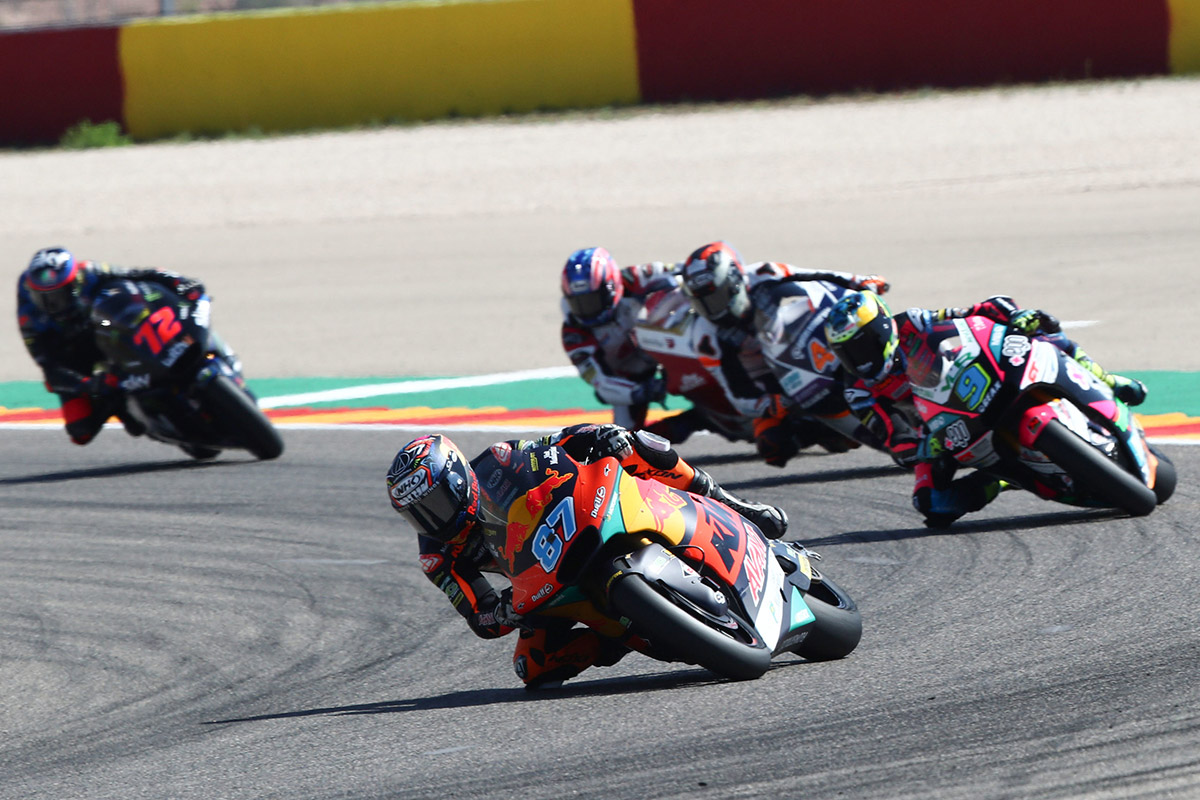 The Red Bull KTM Ajo Moto2 team enjoyed a dream weekend at the Aragon Grand Prix, as they were crowned Team World Champions in the Moto2 class. They did so with a fifth one-two finish of the season, thanks to race winner Raul Fernandez and second placed Remy Gardner. The team achieved 9 victories and 9 podiums this season so far.

Remy started from second and pushed hard, although on Lap 2 he was overtaken by his teammate and was left isolated in third place. Staying focused and calm, and enduring the heat on track, he would move back up a position when the rider in second crashed in the final third of the contest. Remy stayed in that spot until the chequered flag, completing the one-two finish and taking his 6th podium of 2021 so far.

Remy continues to lead the World Championship with 251 points. Fernandez is second with 212. Red Bull KTM Ajo will be back to work in less than a week for the San Marino Grand Prix, held from September 17-19th.

#87 REMY GARDNER
“I’m happy because Aragon is a difficult track, and second place feels like a victory. Fortunately, I have only dropped five points. There are still many contests to go this season, we are performing at a good level and we will take things race by race. The history of this team is incredible, and my name is part of it. I think I picked a good team who have dominated throughout the year and winning the championship with five rounds to go is incredible. They have put a great team together, the guys in the box work hard and we are like a family. Congratulations!”