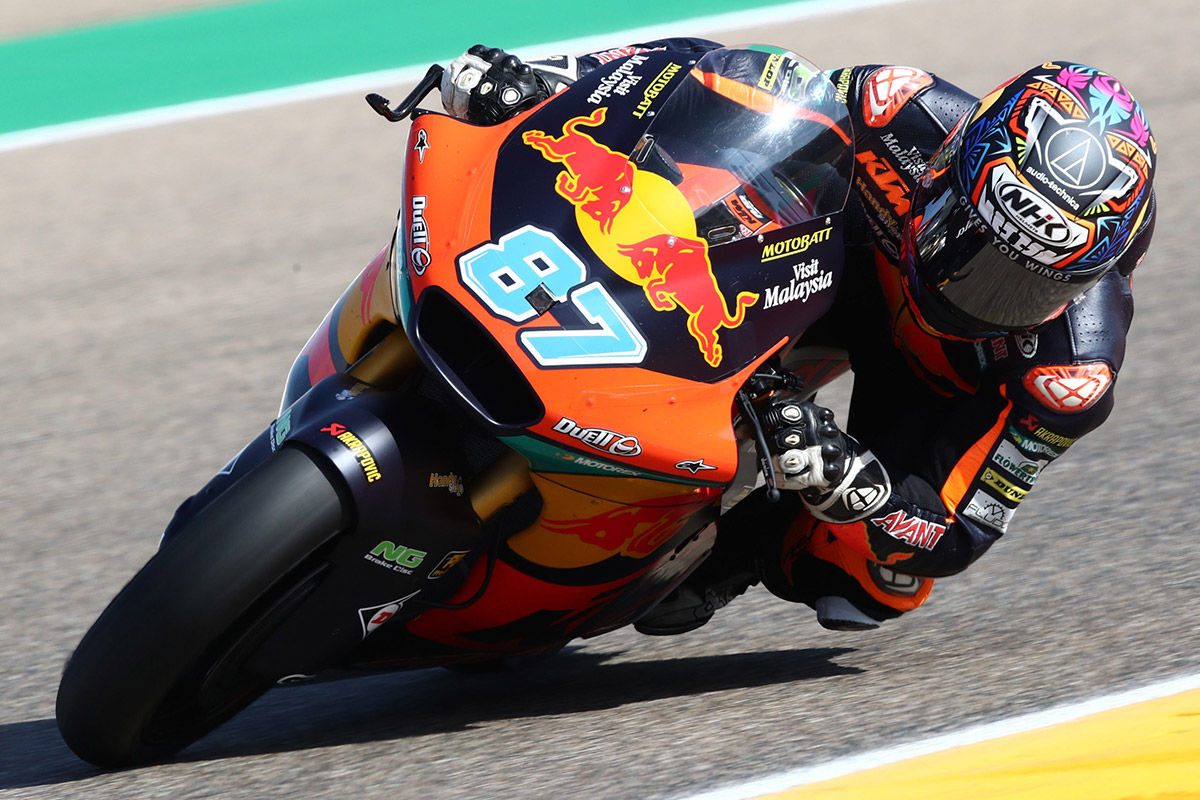 After a positive opening day, Red Bull KTM Ajo Moto2 confirmed their good feeling in qualifying for the Aragon Grand Prix, with both riders on the front row of the grid. The pair entered Q2 directly, having topped the combined Free Practice standings for the weekend. In the qualifying session, Remy Gardner was second and teammate Raul Fernandez third.

The Red Bull KTM Ajo Moto2 duo started the day well, leading the final Free Practice session and improving their times from Friday. Remy was in second place after stopping the clock at 1:51.974 on his 13th lap of 16.

Having made their way straight into Qualifying 2, Remy qualified in second place with a time of 1:52.057, set on his final hot lap. With this result, the Australian secured a spot on the front row of the Aragon Grand Prix grid.

#87 REMY GARDNER
“It was a good day. We salvaged it on the last lap. Qualifying was a bit risky because we didn’t set a good lap until the final part of Q2, but we did get that fast time. Thanks to this effort, tomorrow we will start from the front row of the grid. We have a good pace for the race, although it will be a long one. Whatever happens, we will give one hundred percent.”