Remy Gardner claims fourth win of the season at Silverstone 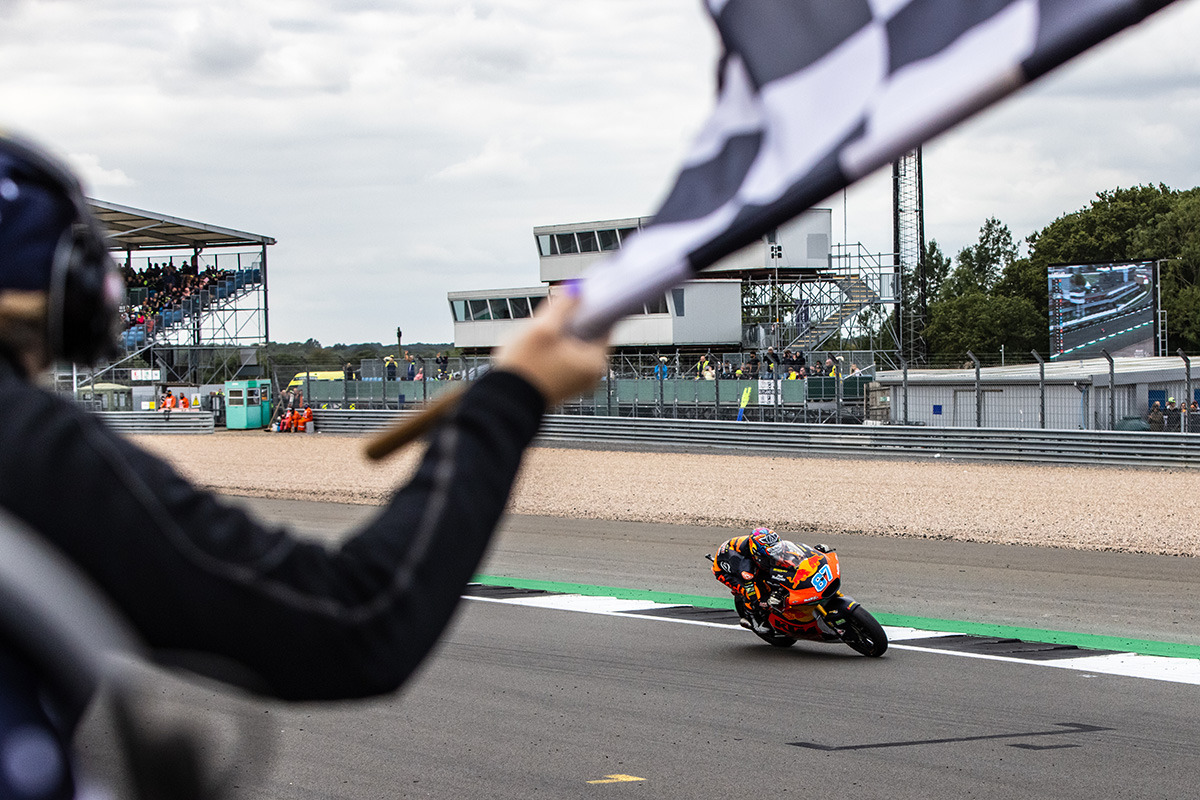 The Red Bull KTM Ajo Moto2 were victorious for the second round in a row, with Remy Gardner taking a brilliant win at the British Grand Prix. The Australian thus claimed his fourth triumph of the year – the fifth of his career.

Remy had a good start from the second row of the grid, holding onto fourth place. The Australian pushed hard to avoid an escape by those ahead of him and, on Lap 5, began to overtake his rivals and claim the lead. The Red Bull KTM Ajo Moto2 star tried to escape, with only one rider following him. In a duel for the victory, Gardner eventually won out.

Remy continues to lead the Moto2 World Championship with 231 points. The Red Bull KTM Ajo will be back in action in two weeks’ time for the Aragon Grand Prix, which takes place from September 10-12th.

#87 REMY GARDNER
“I’m lost for words. It was an incredible day. I felt good throughout all the sessions this weekend and, especially, on the hard tyre, I had a strong pace. I am very happy to have achieved this victory and to have claimed 25 points which are very important. I want to thank the team and everyone who has supported me. I can’t wait for the next round, in which I will continue to do my best.”