Remy lines up fourth for the #BritishGP 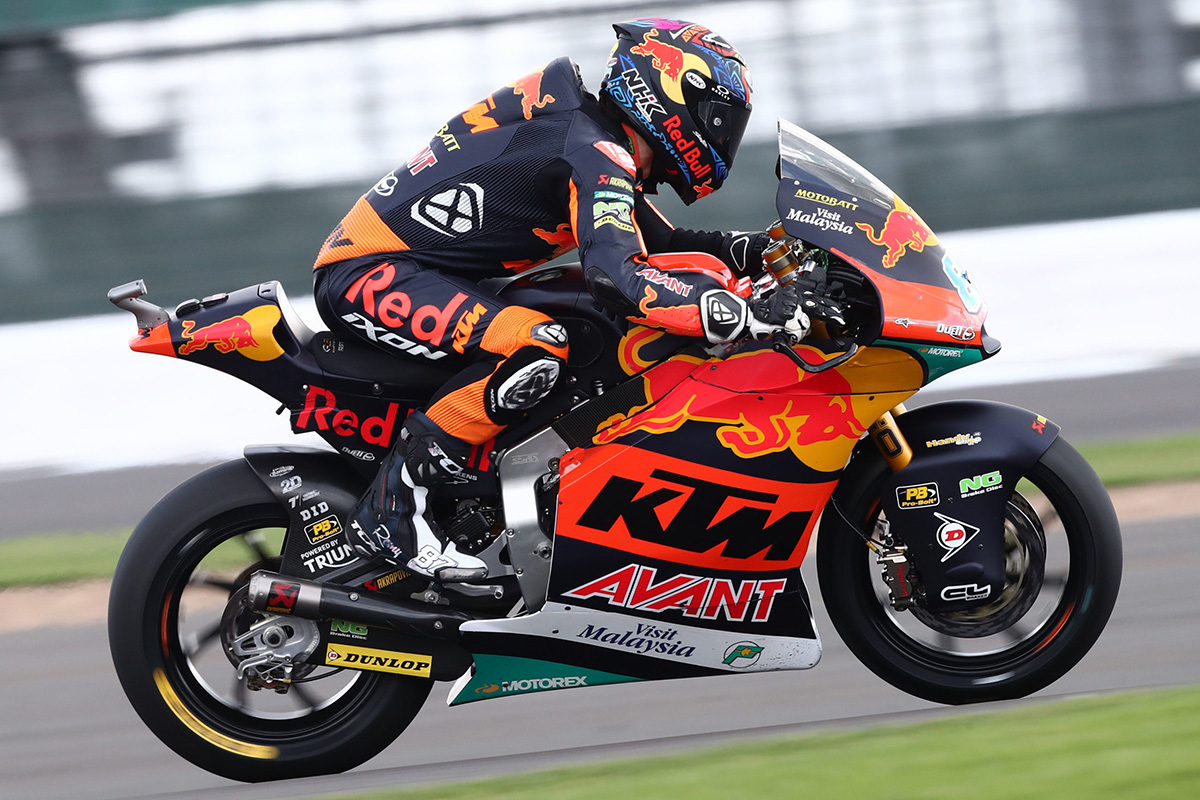 After a positive opening day at Silverstone, the Red Bull KTM Ajo Moto2 team had a solid qualifying showing for the British Grand Prix, as both riders went into Q2 without the need to contest Q1. The duo will start the 12th round of the 2021 season from the second row of the grid, with Remy Gardner in fourth position and teammate Fernandez in fifth, kept off the pole by just 2 tenths.

FP3 was contested in dry conditions, but with an ambient temperature of a low 16ºC. Despite the cold, Remy made progress from Friday and improved his time with a 2:04.219, putting him second and just 0.039s off the top spot. The Australian completed 15 laps in the session.

The Red Bull KTM Ajo Moto2 riders went straight into Q2 thanks to their good work in Free Practice. In that session, Remy set his personal best time of the weekend with a 2:04.195, which earned him fourth place and a spot on the second row of the grid.

The 18-lap Moto2 British Grand Prix takes place on Sunday and will start at 2:30 PM local time, just after MotoGP.

#87 REMY GARDNER
“It was a good day overall. I really enjoy riding at this track, and even more when we push hard. We have a strong pace for tomorrow, and we will start fourth on the grid, which was our goal for today: to qualify on one of the front two rows. I’m satisfied and I’m eager to begin the British GP race. We will do our best to be at the front.”