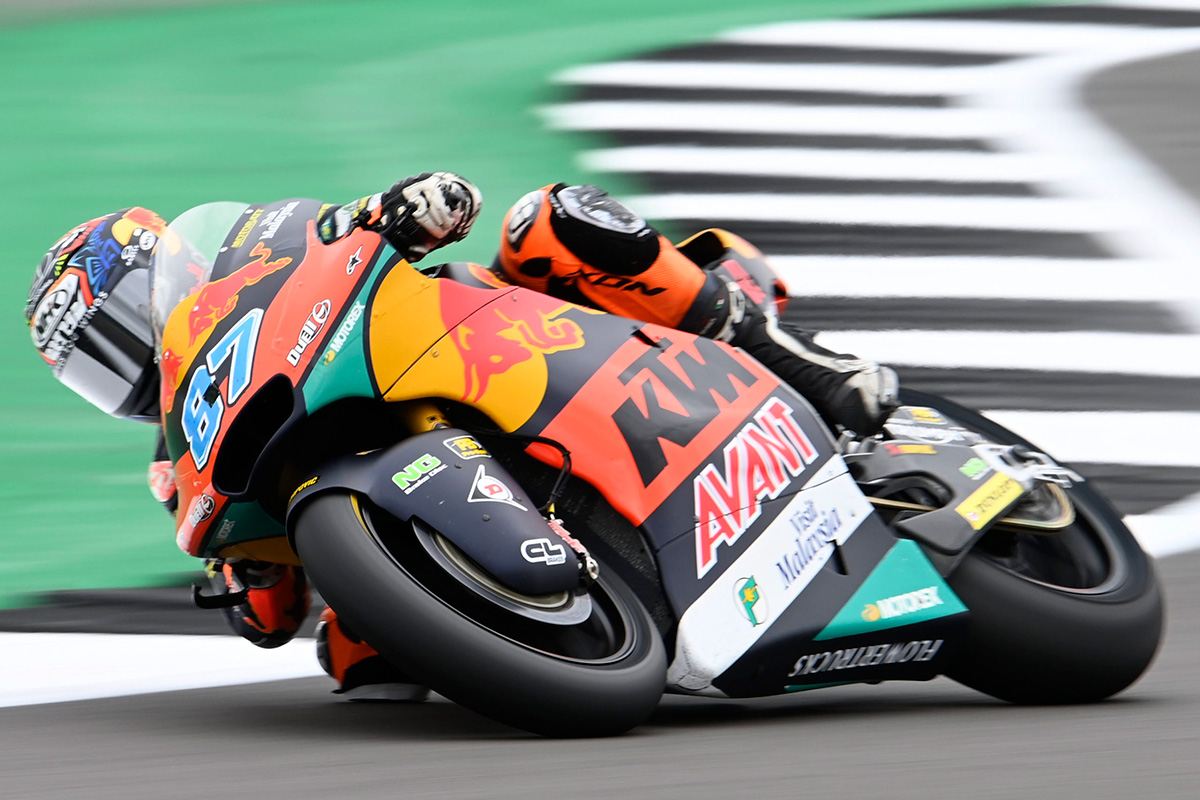 The Red Bull KTM Ajo Moto2 had a positive opening day of the British Grand Prix, with both riders in the Top 5… Remy Gardner was fifth overall for FP1 and FP2.

The team started the day in top form, with both riders fast and competitive in FP1. Remy finished the session in third position after stopping the clock at 2:05.478, on his 13th attempt of 16. O

In the afternoon, the two Red Bull KTM Ajo Moto2 riders took a step forward, riding faster than their morning times. Remy was fifth with a personal best of 2:04.915, just 4 tenths behind his teammate. The Australian completed 15 productive laps of the Silverstone track in the practice.

#87 REMY GARDNER
“Today was a good day, although it was quite cold. I always really enjoy riding at this track, as Silverstone is such a fun circuit. We still have work to do tomorrow, but I am sure we will take a step forward. As always, I want to thank the team for all of their efforts.”