Remy lines up fifth on the #AustrianGP grid 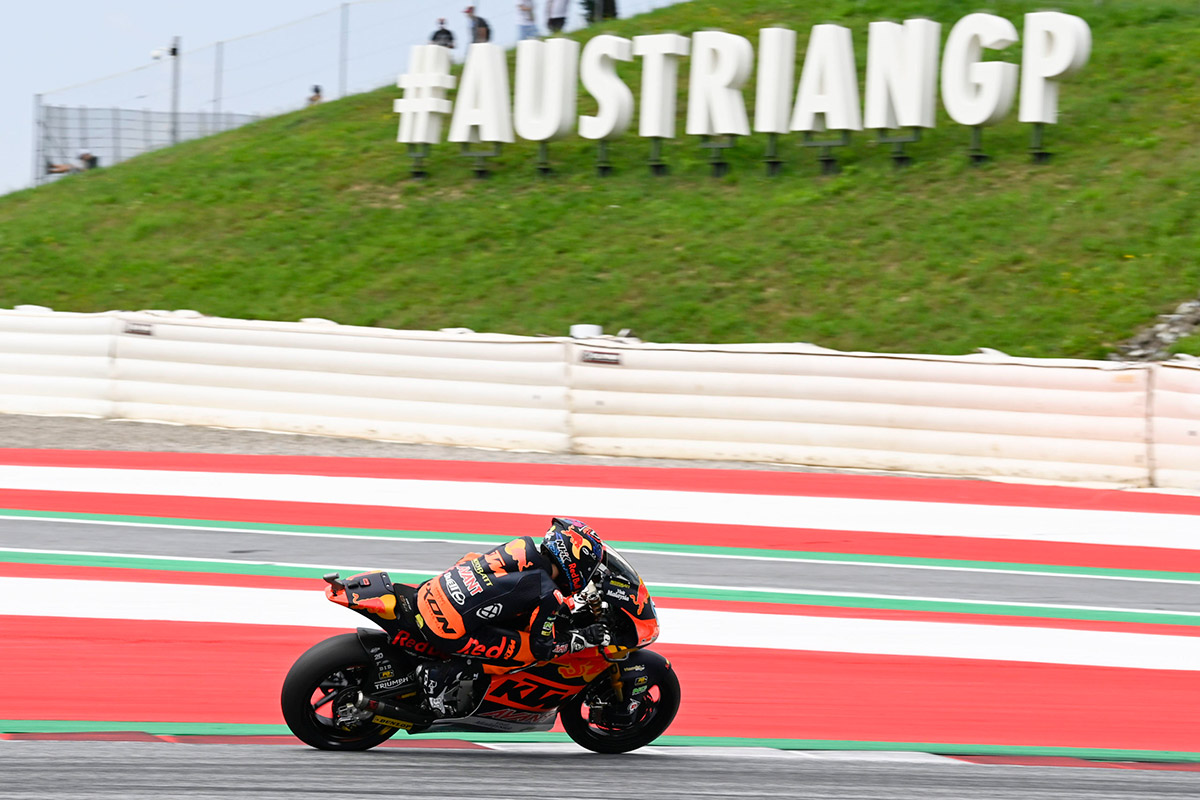 The Red Bull Ring saw further action on Saturday at the Austrian Grand Prix, with a positive qualifying day for Red Bull KTM Ajo Moto2. The team’s two riders made their way into the Top 5: Remy Gardner is expected to challenge at the front, taking off from fifth on Row 2.

The Red Bull KTM Ajo Moto2 duo started Saturday in top form, with both riders running a pace faster than the circuit record for the Austrian track in FP3. Remy set a stellar time of 1:28.153, on Lap 18 of the 20 that he put in.

In the afternoon, both Red Bull KTM Ajo Moto2 riders went straight into Q2, after heading the combined timesheets for the three Free Practices. Remy qualified fifth – 1:28.961 – despite suffering a small crash at Turn 1 at the end of the session.

#87 REMY GARDNER
“We ended the day with a small crash at the end of Q2. It’s a shame because this caused us to miss out on the front row of the grid for tomorrow. It was a tough session, as the heat was higher than it had been in the morning during FP3. However, we are starting from fifth and the important thing is what happens tomorrow. We will learn from today so that it does not happen again and give our one hundred percent.”