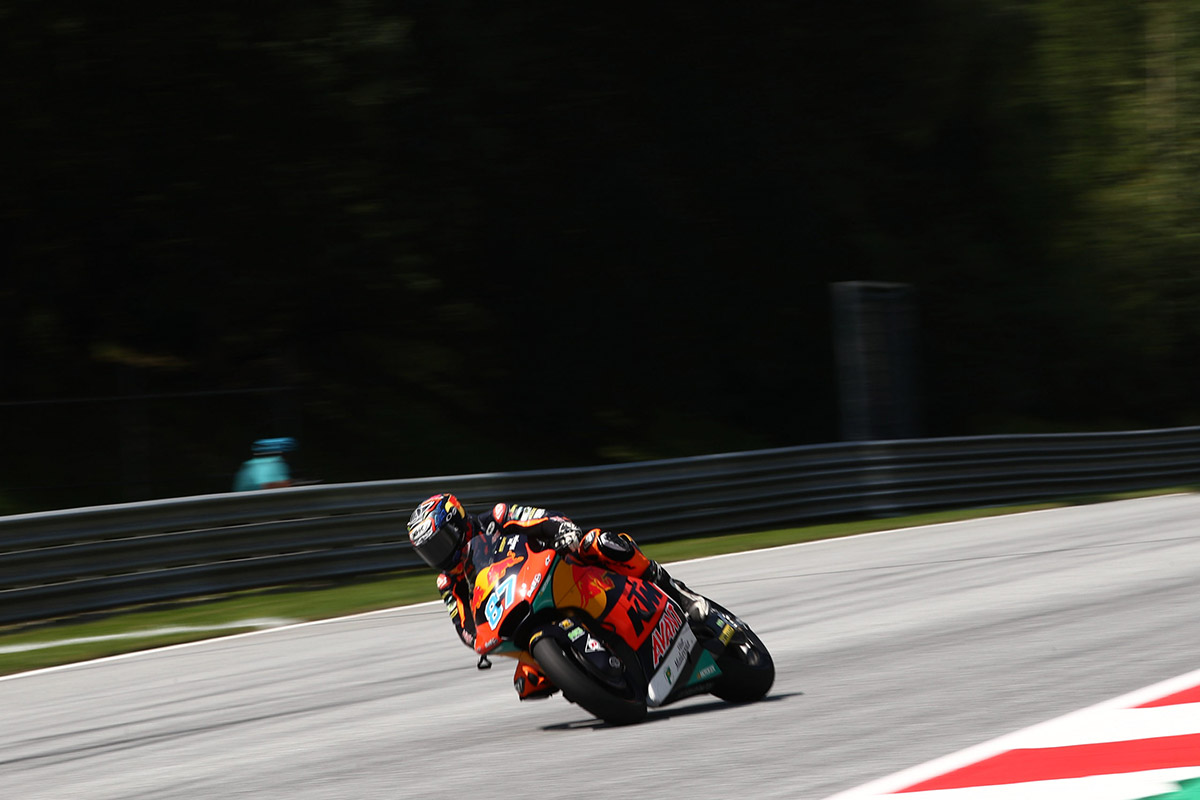 The Moto2 World Championship returned to the Red Bull Ring track this Friday for the opening day of the Austrian Grand Prix. The Red Bull KTM Ajo team completed the first two Free Practice sessions of the weekend, improving their times from morning to afternoon. Remy Gardner was third in the combined FP1 and FP2 timesheets, with teammate Raul Fernandez eighth. Both are provisionally through to Q2 tomorrow.

The duo took the weekend’s first Free Practice steadily, using the knowledge gathered last weekend at the Styrian Grand Prix at the same venue. Remy racked up 18 laps. The Australian rider was 11th with a time of 1:29.281.

When FP2 began, the track had some small patches of surface water to contend with, due to the rain that had fallen a few hours before. However, the Red Bull KTM Ajo Moto2 pair adapted well and both managed to go faster than in the morning. Remy was one step ahead of the rest of the field, topping the session with a 1:28.967 that he set on lap 18 of 21.

#87 REMY GARDNER
“It was a good day overall for us. Even so, FP2 was a bit tough, as there were some damp patches on the asphalt. We tried different settings, looking to take a step forward, although they didn’t end up working out as we expected. The important thing is that we know where we need to improve, so tomorrow we will continue to do our best to do a good job in qualifying. As always, I want to thank the team for their work.”