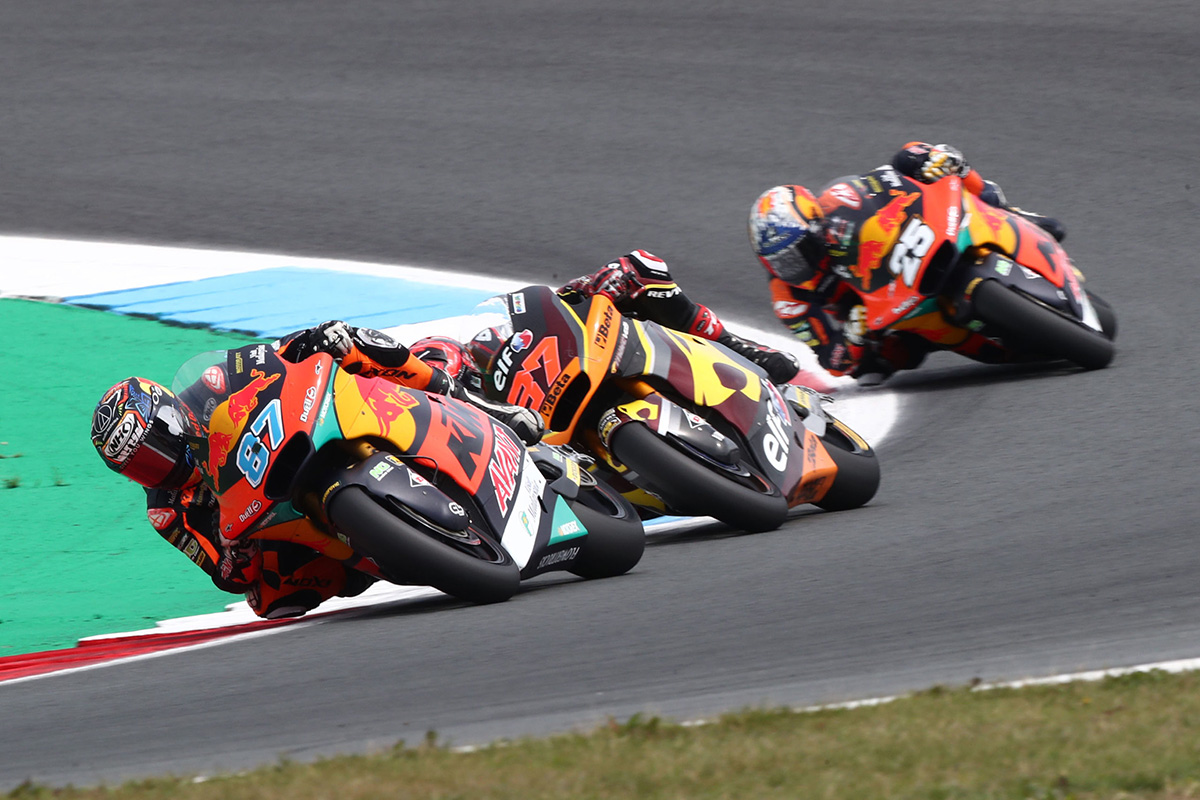 Remy Gardner took a hard fought second place in today’s #DutchGP at Assen, as the team made it four one-two finishes this campaign.

Remy made a great start, maintaining second place at the first corner. The Australian pushed to the front on Lap 3 and attempted a breakaway but was reeled back in and eventually fell to fourth just past the midway point of the race. A late push enabled him to return to second position, earning him his eighth podium of the season and his 13th in Moto2.

Remy Gardner remains the leader of the Moto2 World Championship with 184 points. The Red Bull KTM Ajo team will now enjoy a summer break before the Styria Grand Prix, held in Austria from August 6th-8th.

#87 REMY GARDNER
“Raul [Fernandez] was very strong, and we knew that this weekend he had something extra compared to us. We gave everything we had, but the fight with the rest of the rivals didn’t allow us to set a high pace either. It was enough of a struggle to stay with the group. However, I knew that normally I am strong on the last three laps; I started to hunt them down one by one and I passed them to take second. We did a good job and the other riders didn’t take many points from us. I’m going into the summer break with a smile on my face.”