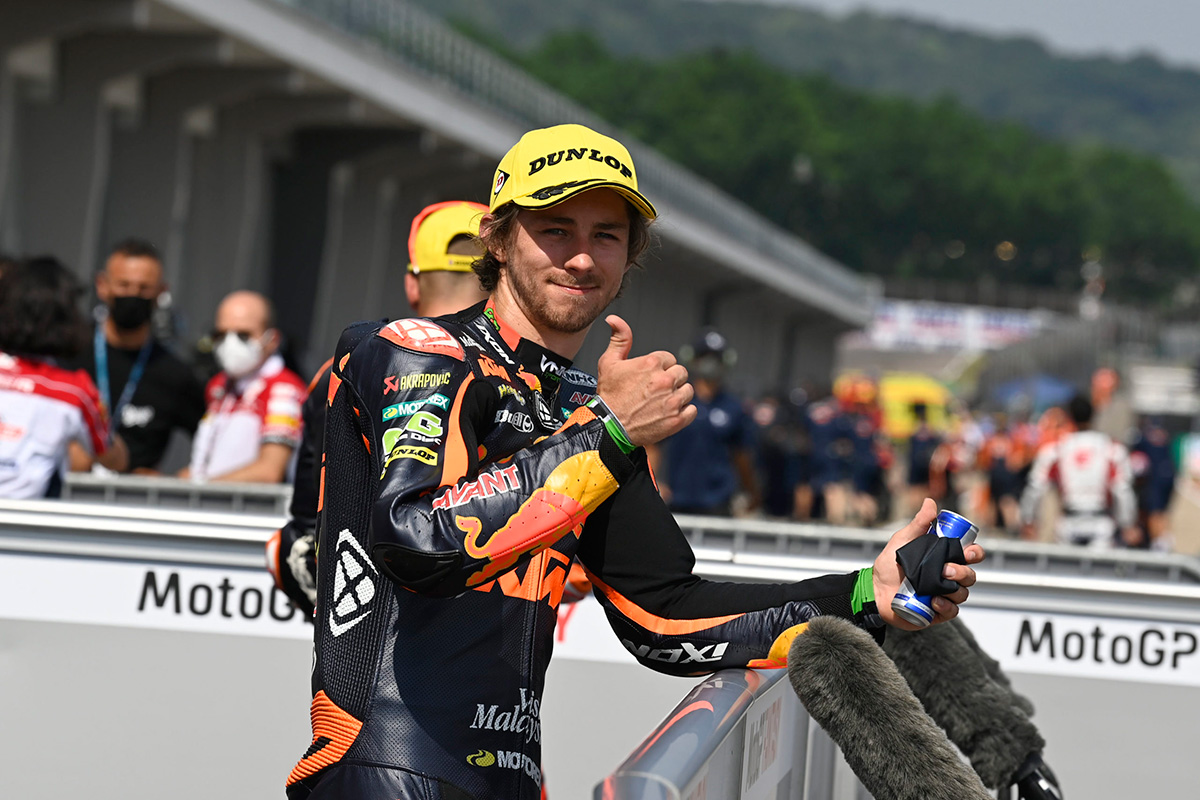 The German Grand Prix weekend has been a good one thus far for Red Bull KTM Ajo Moto2. After leading the way on the opening day, on Saturday both team’s riders earned places on the front row of the grid. Remy Gardner is on the front row in third position.

In the morning, the Red Bull KTM Ajo Moto2 duo carried over their good feeling from Friday, leading the way in FP3. Both riders overcame temperatures of 30ºC to bring down their times from the previous day, with Gardner claiming another top spot in the session. His 1:24.003 lap came on his fifth attempt of 22. Just 1 tenth behind the Australian was Fernandez, in second place, after stopping the clock at 1:24.121 and completing 20 laps.

The two Red Bull KTM Ajo Moto2 riders went directly through to Q2, in which Gardner was third, thanks to a 1:23.769, and will accompany his teammate on the first line of attack.

87 REMY GARDNER
“It was a good day for us. We had hoped for a little more after seeing how practice had gone, but I’m happy because we have a strong pace. It will be a long race tomorrow, but we will do our best to stay calm and not make mistakes. We will give everything we have to enjoy a positive Sunday.”