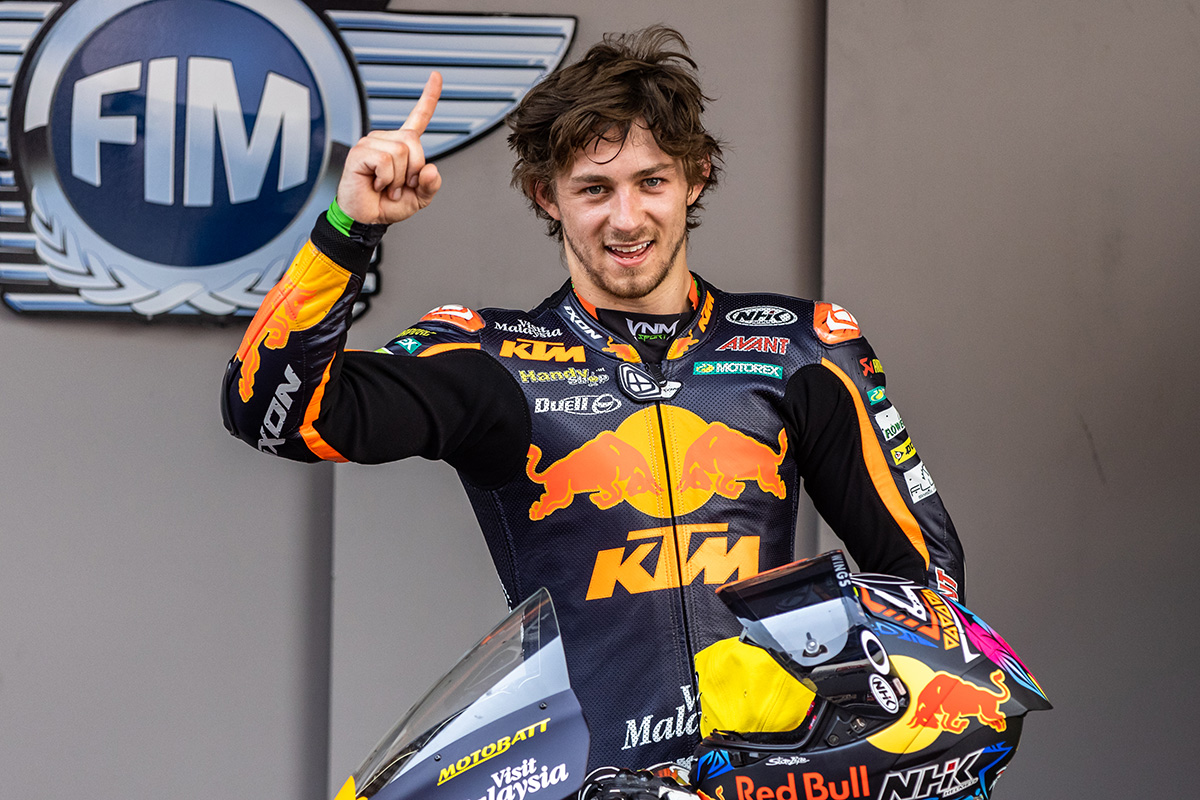 Red Bull KTM Ajo made Moto2 history this Sunday with a third consecutive one-two finish, as Remy Gardner took victory and Raul Fernandez placed second in the Catalan Grand Prix. The Australian thus claimed his second win of the season – the third of his career to date.

Starting from the pole position, Gardner took the holeshot and attempted to open a gap between him and his teammate, Raul Fernandez, who eventually overtook him midway through the race. With five laps to go, the Red Bull KTM Ajo Moto2 talent upped his pace and moved into the lead, breaking away for his second victory in as many rounds.

Following the Catalan Grand Prix, Remy remains leader of the Moto2 World Championship with 139 points. The young Australian will be back in action in two weeks’ time at the German Grand Prix, from June 18-20th.

REMY GARDNER
“Today was tough for us, but I knew we could fight. With yesterday’s pole, we started well and, on the opening laps, I was able to conserve my tyres – which helped me at the end of the race. Raul [Fernandez] passed me and I thought we could up the pace, but it didn’t work out like that. I decided that on the last two laps I would try to overcome him and establish a gap. The contest went very well for me, we achieved 25 points and it is the second victory in a row for us.”