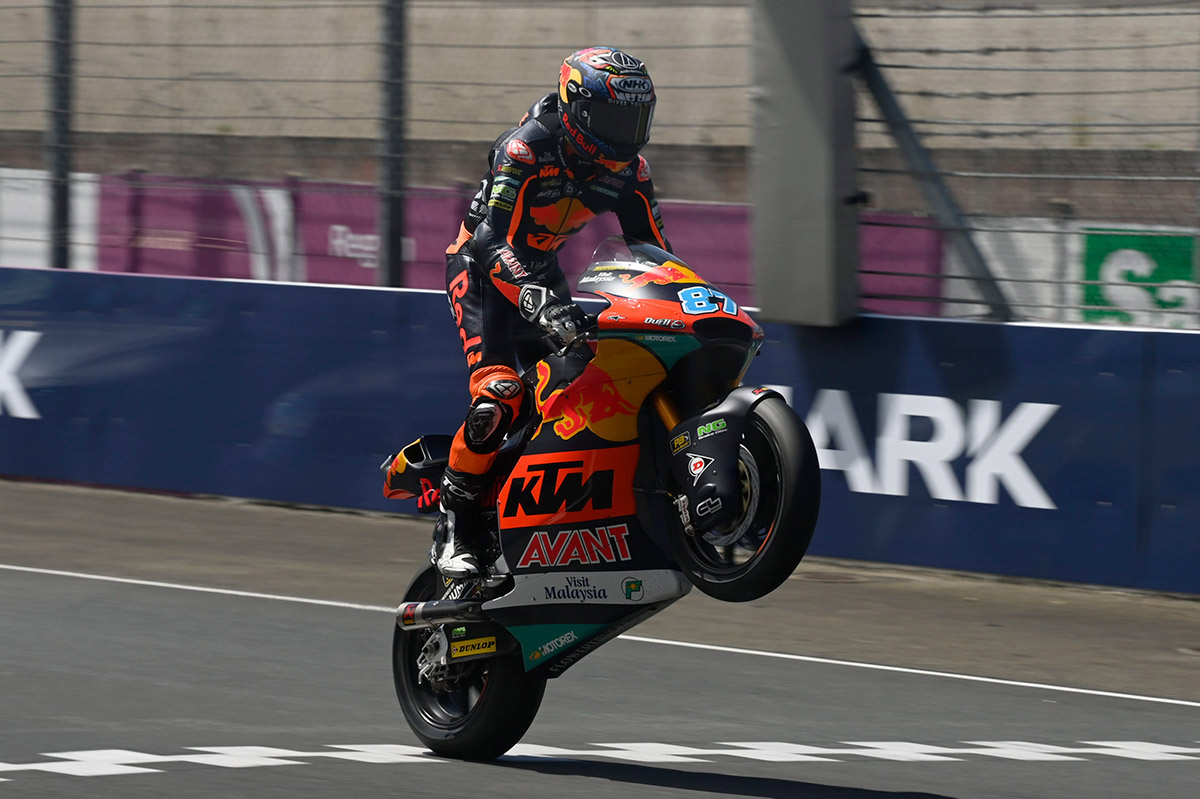 Red Bull KTM Ajo Moto2 enjoyed a dream race at the French Grand Prix, with one-two for their riders Raul Fernandez and Remy Gardner. Remy placed second in Le Mans, after a hard-fought contest. The structure continues to lead the Team World Championship standings in the intermediate class.

Gardner, who began from the third row of the grid, had a difficult start to the race and dropped down two places, completing the first lap in ninth. However, the Australian managed to recover and soon began climbing up the order, joining the group battling for third on Lap 5. In the closing stages, the Red Bull KTM Ajo Moto2 rider pushed to the fullest, setting the fastest lap of the contest en route to second position. The result is Gardner’s fourth podium of the season out of five contests – the ninth of his career.

After the French Grand Prix, Remy continues to lead the overall standings, with 89 points. Raul Fernandez is second, with 88. The Red Bull KTM Ajo Moto2 duo will enjoy a week off, before the Italian Grand Prix on May 28-30th.

87 REMY GARDNER
“I am very happy with the race we had today. Our position on the grid reduced our chances of being able to fight for the victory. Even so, I am satisfied with the work we did, since at the end of the contest we were able to get closer to Raul [Fernandez]. This is important for me, as we also took a good amount of points. I’m already looking forward to the next round, and to continue working together with the team. Finally, I want to congratulate my teammate on his win.”