Pole position for Remy Gardner with circuit record at Jerez 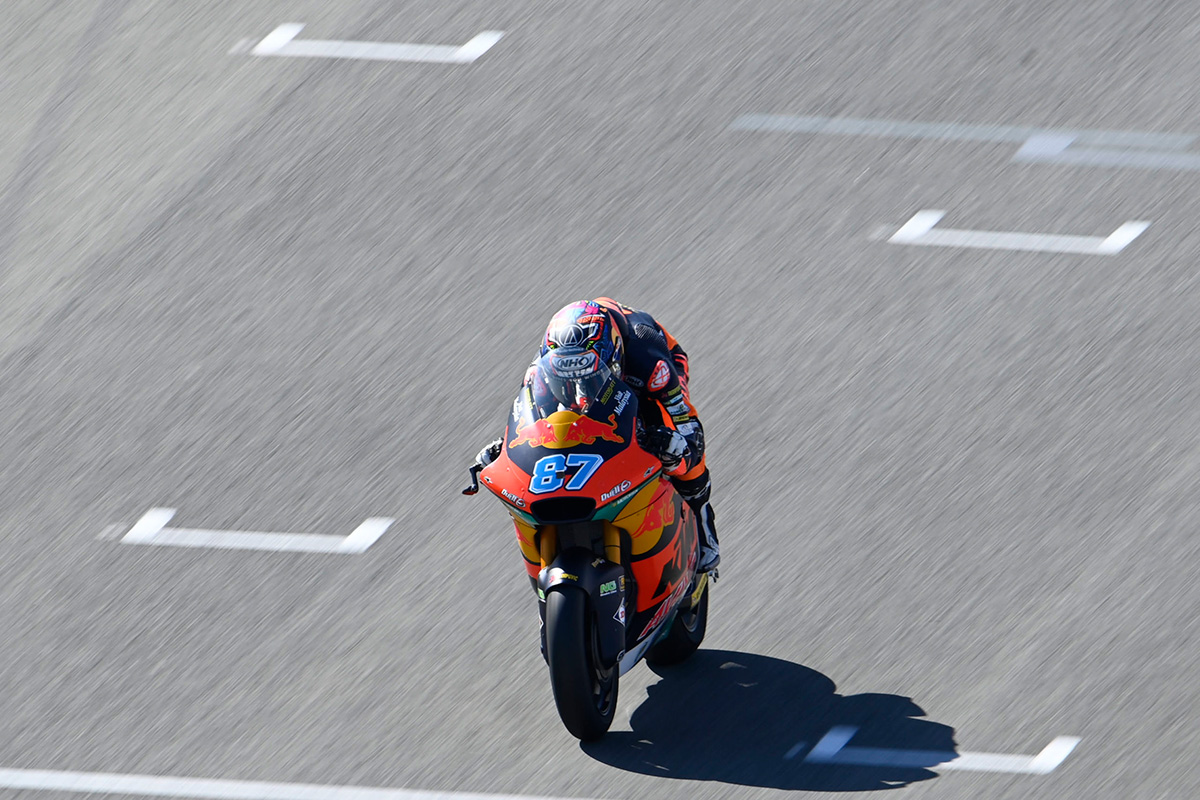 Red Bull KTM Ajo Moto2 and Remy Gardner were the standouts in qualifying for the Spanish Grand Prix, held on Saturday at Jerez. The Australian rider achieved the fourth pole position of his sporting career, after breaking the circuit record at the Andalusian track on two occasions. With this result, Remy will start the fourth round of the 2021 season from the front row of the grid.

In the morning, the Red Bull KTM Ajo Moto2 duo confirmed their good feeling from Friday, with both riders lowering their lap times. Remy started the day in unbeatable fashion, leading FP3 after setting a new circuit record of 1:40.841 on his penultimate lap of a total of 17. He thus led the way on the combined timesheets and earned a spot in Q2.

In Q2, Remy took pole position for the Spanish Grand Prix. The Australian set another new circuit record, this time with a 1:40.667, and will lead the field in the intermediate class contest when the lights go out.

87 REMY GARDNER
“I’m very happy about today. We got the pole position and that is undoubtedly a good thing. It is positive to secure this position on tomorrow’s starting grid, but we have to stay focused, as the important thing is the race. Overall, I’m satisfied with both the bike and the team. I can’t wait for Sunday’s contest.”