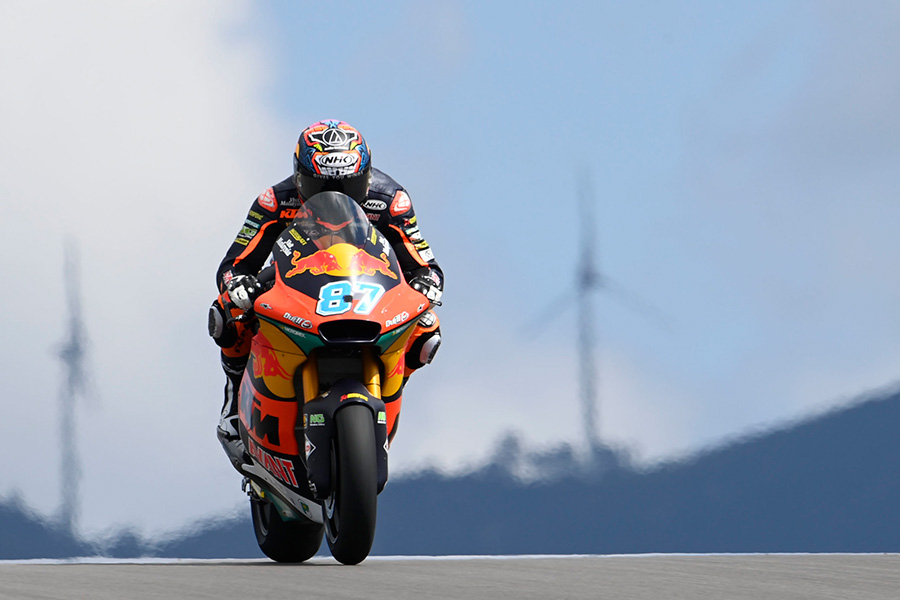 The Algarve International Circuit opened its doors on Friday for the first two Free Practice sessions for the Moto2 Portuguese Grand Prix. The day saw the Red Bull KTM Ajo once again show excellent form, with Remy Gardner highly competitive and consistent across FP1 and FP2, finishing fourth overall, and provisionally through to Q2.

The Red Bull KTM Ajo Moto2 duo enjoyed a good start to the day, with Gardner and teammate Fernandez amongst the front-runners in FP1. At the end of the session, the Australian rider was second and only 41 thousandths off the top spot, thanks to his 1:43.946 time. Remy completed 17 productive laps, the same as his teammate Fernandez.

After a short shower fell on the track at midday, the asphalt dried out for FP2. The two Red Bull KTM Ajo Moto2 representatives picked up from where they left off, lowering their times and being two of the most competitive riders in the intermediate class. Remy was fourth with a personal best of 1:43.761, on his 14th attempt of 18.

Tomorrow morning sees the final Free Practice of the weekend, in which places in Q2 will be confirmed. From there, qualifying for the Portuguese Grand Prix gets underway at 3:10 PM local time with Q1, followed by Q2 at 3:35 PM.

87 REMY GARDNER
“It was a good day. I’m pleased to be racing in Portugal again, as I think it’s a spectacular track. I struggled a little more than we normally do on a Friday, so this evening we have to work hard to solve those little issues and be ready for tomorrow. Once again, I want to thank the team for everything. I really want to stay up there at the front on Saturday.”