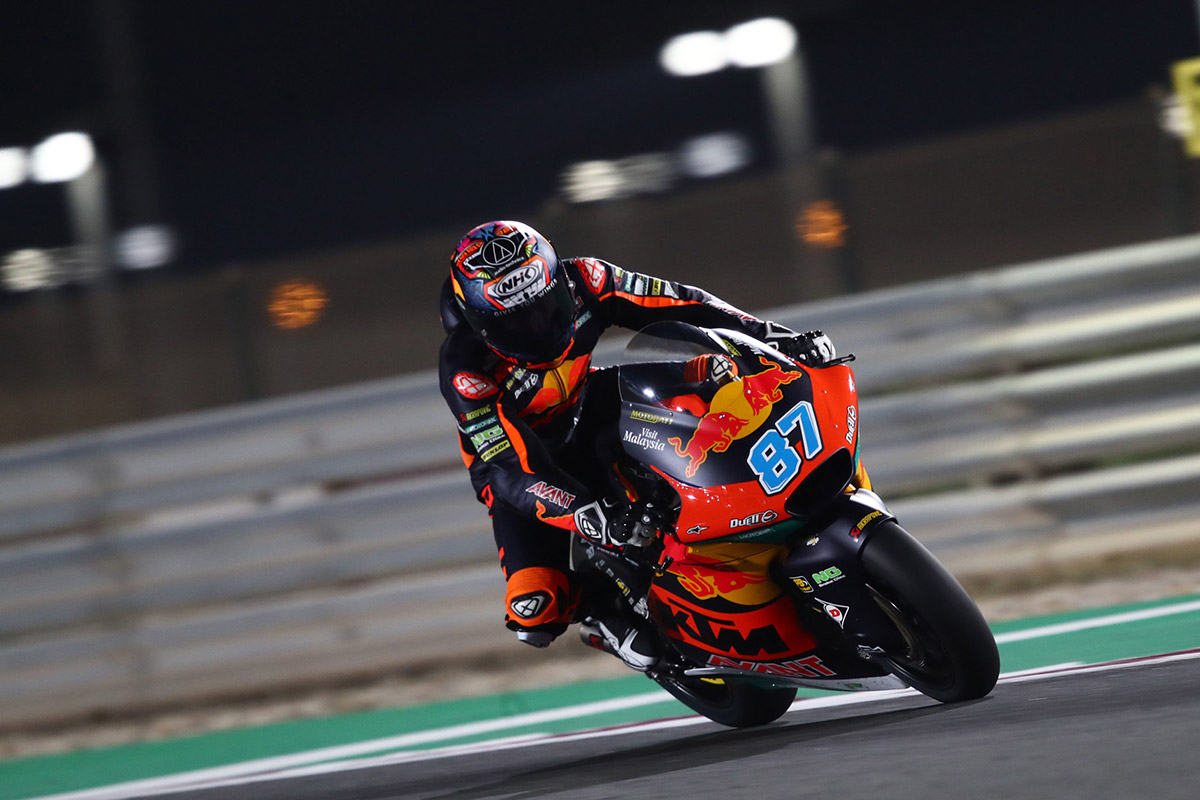 High winds at the Losail International Circuit caused problems for the Red Bull KTM Ajo duo on the second day of the Official Test in Qatar. However, Remy Gardner showed that he is one of the form riders of the moment, setting the fourth fastest time of the day, just 6 thousandths of a second off the top spot.

The vast majority of riders did not take to the track in the first session of the day, instead waiting for conditions to improve. At midday, Gardner was the pacesetter with a 2:00.686 time, in a practice in which he racked up 13 laps. F

In the afternoon, both Remy and teammate Raul Fernandez took a noticeable step forward, with their best times of the test so far. Remy was 6 thousandths of a second off the top spot thanks to his 1:58.894, which earned him fourth in the session and overall.

Tomorrow, the Red Bull KTM Ajo Moto2 pair will have three sessions in which to finish their preparations for the first race of the year, which takes place in Qatar next week.

#87 Remy Gardner
“We had another positive day of testing in Qatar today. In the morning, there was a lot of wind, so we couldn’t ride much. Even so, we were able to try something out. In the afternoon, the conditions improved, and we did a positive job. We set the fourth fastest time, but were only a few thousandths off the top. I’m very happy with the pace we showed, as we are definitely on the right track. Once again, I want to thank the team. We still have one more day in which we will push to the fullest.”