Remy ends the year with Pole Position, Lap Record and victory in #PortugueseGP 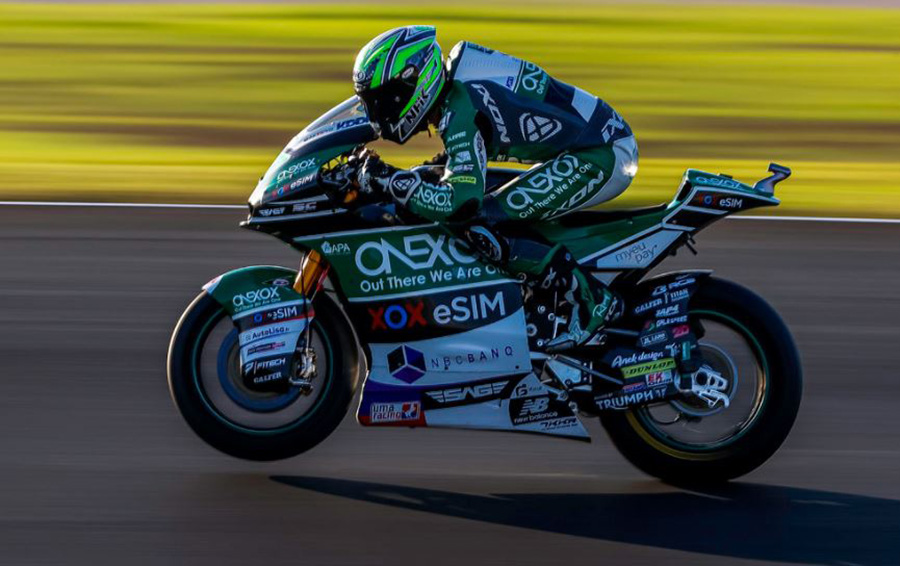 Remy Gardner has become the first winner of an intermediate GP since 2014 after powering to victory in this afternoon’s #PortugueseGP in Portimao – his 75th career start in International competition.

Starting from Pole Position, Remy hit the front early on the opening lap, creating a gap of almost 1.3s by the end of lap three.

Relinquishing the lead with seventeen of the twenty three laps, the #87 remained in contention throughout, retaking the lead on the penultimate lap, a decisive move that saw him cross the line a few minutes later to take his first World Championship race victory by 1.6 seconds.

It was the perfect end to the season for Gardner, who secured the ‘gentleman’s set’ – Pole Position, the fastest lap (and new lap record) and the win. He ended sixth overall in the final points classification.

After closing the chapter on his time with SAG Racing, Remy now looks ahead to 2021, where he joins the Red Bull KTM Ajo squad with one goal in mind – to win the Moto2 World Championship.

Remy Gardner:
“I have no words. Even after a couple of hours I am still a bit emotional. What a weekend. It started well with two solid sessions on Friday. I loved the track, it was super fun, like a rollercoaster. I knew we could have a good quali, and Pole Position was a nice bonus. The lap that gave me Pole was pretty gnarly, but we got it done and I certainly slept well going into race day. To get my first win is something I have dreamed about – and it hit me on the slow down lap. We have been fast all weekend and I felt we could maybe win, and I just told myself it’s the last race, you’ve got nothing to lose and it played out almost perfectly. We worked so hard as a team all year, we straightened out the weak points and even in the race I was still adapting and learning from Luca (Marini). I knew in the last couple of laps that we had the pace and when I passed him, I just pulled the pin and honestly, I am lost for words. I want to thank everyone that has stood with me and supported me, to the SAG Racing team, to the fans, everyone. I move to a new team next year which is exciting, and I can’t wait to start the next part of my racing adventure.”