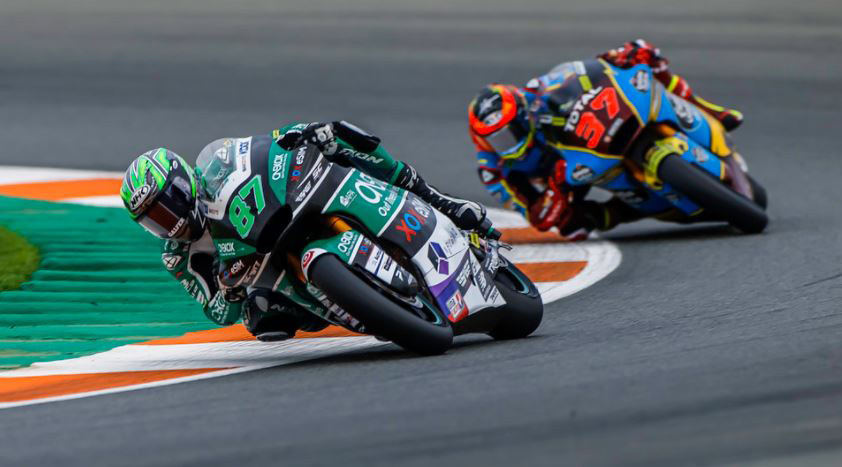 Remy Gardner underlined why he is one of the most talked about riders on the Moto2 grid, after a heroic race in Valencia saw the Aussie fight from P19 to P7 in this afternoon’s #ValenciaGP.

After feeling unwell and suffering from a severe stomach bug, Remy battled on during FP1 and FP2 on Friday, ending the opening day in sixteenth. Overnight rain prevented Gardner from making into Q2 directly, with Gardner just missing out on a shot at Pole Position, coming home fifth in Q1 which meant a seventh-row start (19th) for the penultimate race of the season.

Maintaining his position from the start, the #87 rider was soon into the points scoring positions, and by half race distance Remy had elevated himself into contention for the top ten. Digging deep, he moved himself into eighth, which became seventh at the flag after the last lap departure of long-time race leader Fabio di Giannantonio.

The points gained for today’s result mean that P5 overall is now mathematically out of reach, but nevertheless, heading to the season finale in Portimao next weekend, hopefully ending the year sixth overall is a fantastic achievement.

Remy Gardner:
”What a weekend. I managed to post some half decent laps on Friday and I felt a bit better on Friday afternoon but I hadn’t been feeling too well in the run up to the event so wasn’t really sure how I would get on. Saturday was another tough day. I still didn’t feel that great and didn’t make it through into Q2. We were unlucky but that’s racing. Despite where we were on the grid I wasn’t going to just ride around and so was still hopeful of pulling something special out of the bag. Nineteenth to seventh was pretty good. It’s good points even though fifth overall is now not possible but I’m still super happy with the work we have done this year. The team have worked really well, and we still have one more race to go in Portugal where I think we can have a good one and end the year on a high. The last twelve laps were tough, I had no energy, but I stuck in there and we managed to come home with a decent result. Can’t wait for Portimao, so see you all there!”