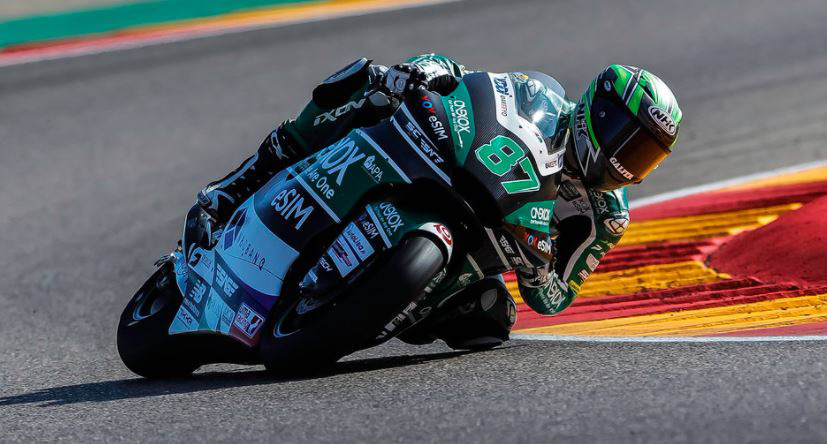 Converting his front row grid position into P2 at the opening turn, Remy was shuffled back a couple of places, completing the opening lap in fourth. Regrouping, he retook third, ensuring that he was in a race long fight for the podium until the closing stages of the race.

A lack of grip in the final couple of laps meant a tense few minutes for his team and fans around the world, but in true Aussie style, Remy dug deep to hang on to P4 at the flag and with it move into the top six in the overall championship standings.

The next round of the championship is another double header in Valencia before the season finale in Portugal next month.

Remy Gardner:
“It was a solid start to the weekend and I honestly didn’t expect to get the front row, but I was super happy with how things worked out. We worked hard as a team, we had decent pace and I was sure we could pull a good result out when it counted on Sunday. It was a good race and I am really happy with the points we scored. Aragon has always been a place where I have struggled in the past, if you had told me a year ago that we would come away from the double-header with a fifth and a fourth and a front row, I wouldn’t have believed you. I pushed hard from the beginning but was really struggling for rear grip at the end. It was good that I was able to fast in the begin and create the gap, as it helped when I needed to manage the tyre. Big thanks to the team, sixth in the championship, and I am already looking ahead to Valencia!”