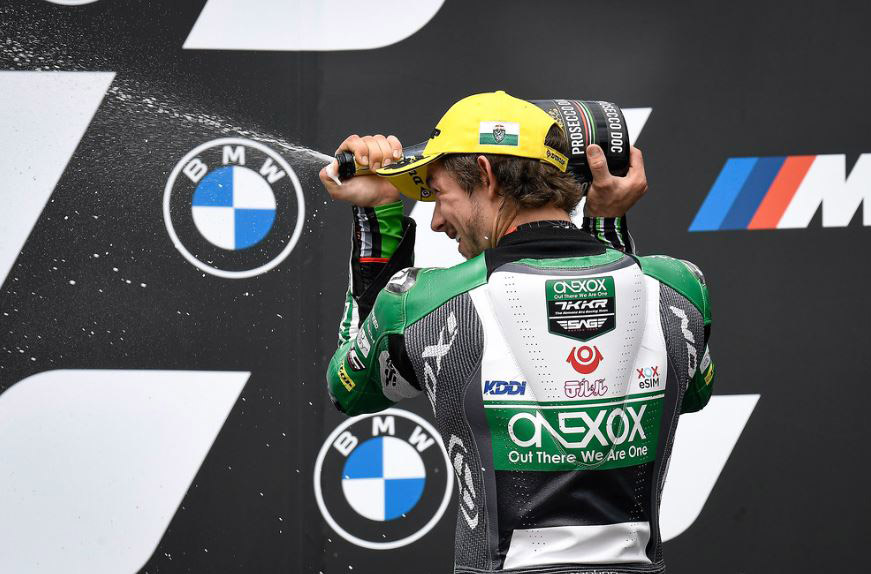 After taking Pole Position at the Red Bull Ring a week ago, Remy Gardner had to be content with a second row start for the #StyrianGP which was also held at the Austrian venue. A small spill, at the same turn that saw him slide out of podium contention, prevented any further challenge for P1 in qualifying, Gardner nevertheless content with the work done leading up to lights out on Sunday.

Ending lap one in fourth, Remy was soon up to third and after setting the initial fastest race lap, he closed the gap on the front running duo, to join the battle for the lead with twenty laps to go. Ten laps in and after several laps following to lead two riders the #87 made his move, a perfectly executed overtake on the brakes at Turn 3 saw him progress into P2.

With race leader Jorge Martin escaping at the front, Gardner dropped back to third, regrouping quickly to race the final ten laps for the final place on the podium. Crossing the line to secure his second World Championship podium finish, Remy was clearly elated and leaves Austria ninth overall in the overall standings.

Remy Gardner:
“We worked well on Friday, especially on race pace so I would say it was a positive opening day. I was on Pole last weekend but the mission this weekend was to get onto the top two rows, and we did that. Overall, I was quite happy, I found the limit towards the end of qualifying and had a small crash, but it’s better to crash not in the race. I am extremely happy with the work that we have done here in Austria. The team has done a great job and we have been able to show our potential both over one lap and over race distance. It’s a shame about last weekend as I really think we could have made it two podiums, but today makes up for it. I gave it everything, especially on the brakes so we need to find some more straight line speed but as I say, overall I am really happy to get this podium. Big thanks to everyone who is supporting me, my sponsors, and the fans. To now have over ten thousand followers on Twitter is insane. Let’s hope we can keep this momentum when we move to Misano!”