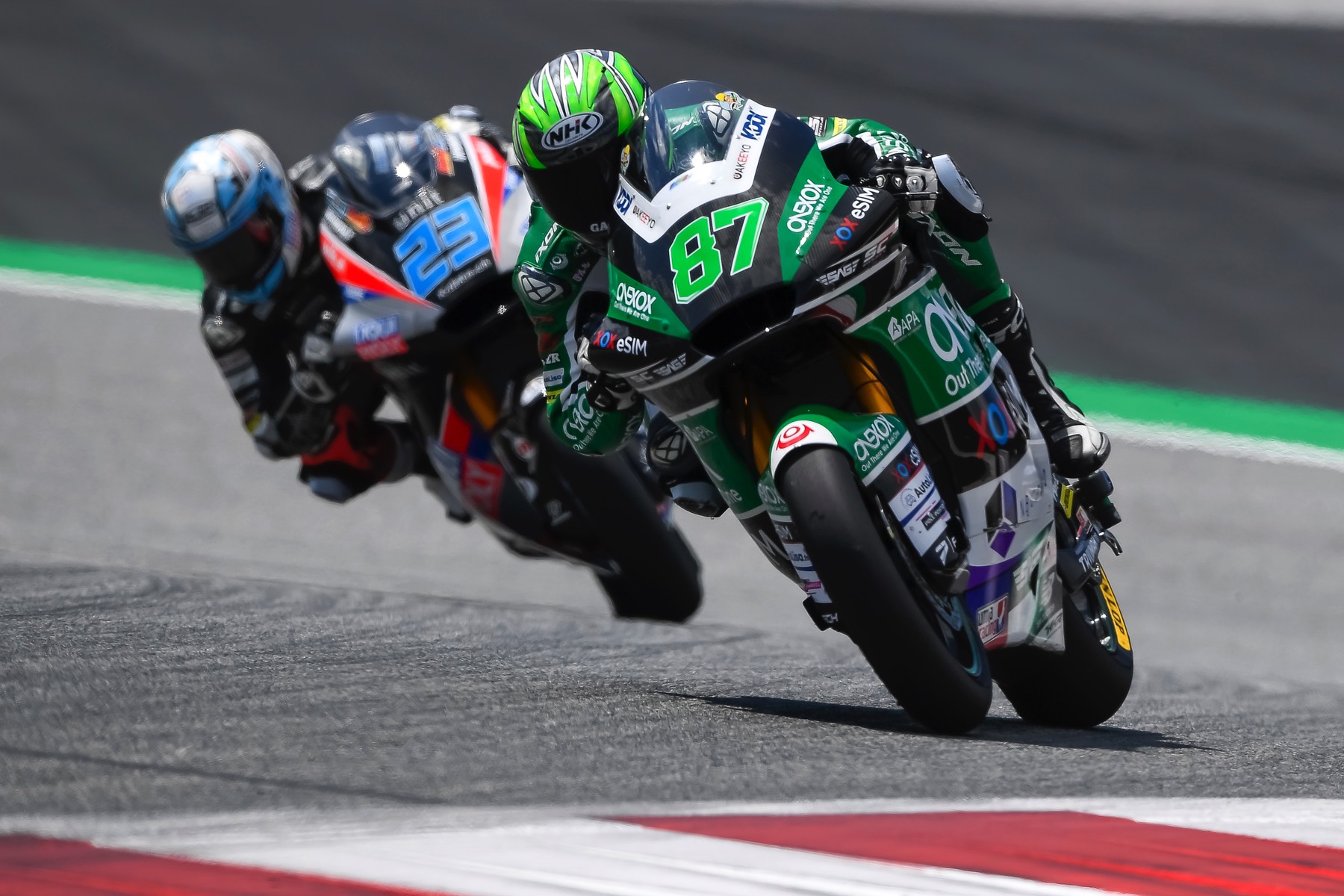 Remy Gardner was unable to convert a well-earned Pole Position into a result in today’s #AustrianGP at the Red Bull Ring in Austria after he slid out of third with nine laps to go.

Fast from Friday, where Remy ended the opening day seventh overall, the Australian put together a stunning lap in qualifying, smashing the outright circuit record to take his second Moto2 World Championship Pole Position. His time of 1’28.681s was inch perfect, giving the ONEXOX TKKR SAG Racing rider P1 by a margin of 0.036s!

Partly cloudy blue skies, but no threat of rain on Sunday, saw Remy complete the twenty-minute warm-up session sixth overall, confident, and ready for the twenty-five-lap race. A typically strong start saw Remy slot into second at Turn 1, before the #87 settled into his rhythm, circulating in the lead group in fifth. A horrific looking crash involving four riders saw Remy taking avoiding action and an immediate Red Flag – bringing a temporary end to proceedings.

After a short delay to remove the debris and restore track conditions the race restarted with grid positions based on the running order as of lap three (from the first race start). This time starting on the second row in fifth, Gardner wasted no time in elevating himself into podium contention. Running a strong third, Remy crashed out unhurt at Turn 1 preventing what could have been a dream Pole to Podium weekend.

Despite the disappointment, the Australian is buoyed by the positives of the weekend and is ready to make amends when racing returns to the same venue next week!

Remy Gardner:
“We had a few problems in FP2 with brakes, but it was a good opening day. The feeling with the bike was good and even though I was still struggling a little with straight line speed I was confident that we could produce a good result. Quali was almost perfect, I showed I have big balls when it matters and was able to get the lap done. I got a little bit of slipstream in sectors one and two and managed to keep it flowing in the final part of the lap. I was super happy and couldn’t wait to race. I was pushing very hard, struggling with the speed in first and second sector. I was trying too hard to make up the time on the brakes and unfortunately I ended up crashing. A big mistake, very costly for the Championship but we just have to keep fighting. We showed yesterday that we have the speed, we now just need a little luck. I’m glad that all those involved in the incident are ok. Looking forward and not backwards. Thanks once again to all those sending positive messages on social media. Means a lot!”