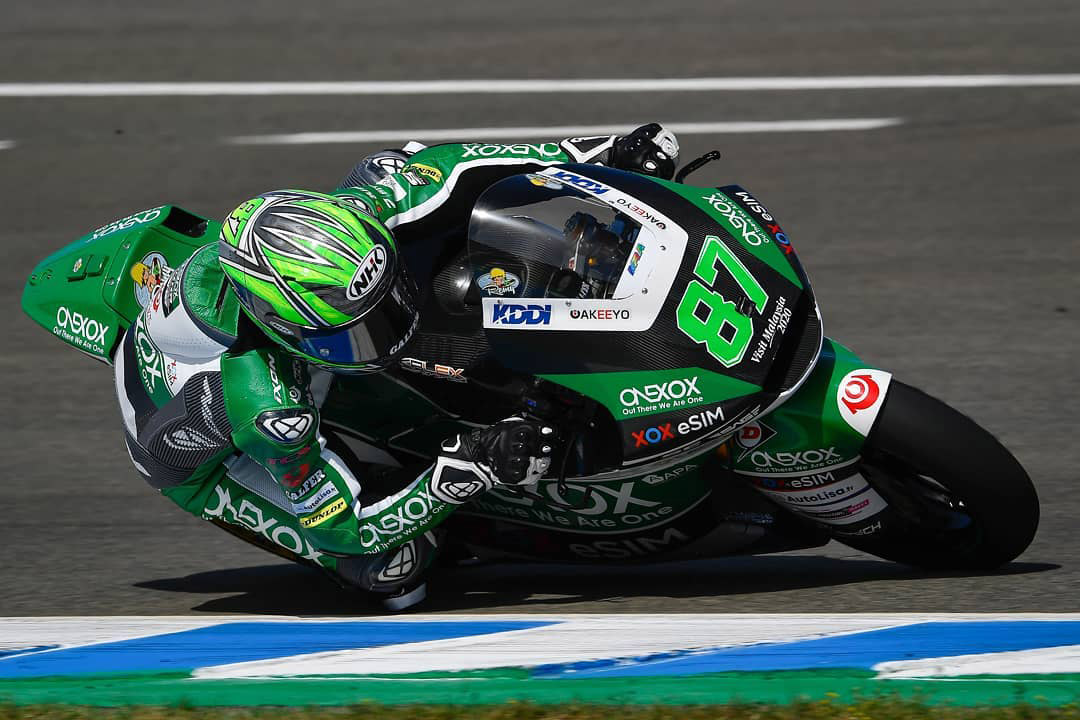 For the first time in the history of the FIM Motorcycle World Championship racing at the same circuit on back-to-back weekends took place at the Angel Nieto Circuit in Jerez.

A steady start on Friday that saw Remy focusing on ‘race pace’ didn’t overly worry the Aussie who progressed into Q2 directly for the second time in the space of a week following a spirited FP3 on Saturday morning. With a track temperature of over 60 degrees, the ONEXOX TKKR Racing rider couldn’t maximise his potential in the grid deciding fifteen minutes on track, eventually qualifying fourteenth on the grid for the twenty-three-lap encounter.

After making up a couple of places on the opening lap it was clear to see that Remy’s grip issues had not gone away. Unable to ride as he wanted, he nursed it home, surviving multiple slides and potential crashes to secure two points for fourteenth.

Remy takes the positive from three points scoring finishes in the opening three races of the season and looks ahead to the next round at Brno in the Czech Republic in a fortnight keen to show his potential podium pace.

Remy Gardner:
“It was another tough Friday. We still weren’t quite there with the bike set-up. We could see the problem on the telemetry, but we just couldn’t seem to get around it. We kept thinking for solutions for Saturday and qualifying but remained fully focused on Sunday which is where you get the points. We made a good step forward on Saturday morning but then went the wrong way in qualifying, especially when you factor the heat. I was giving 100% but there was nothing more I could, so we qualified on row five. Racing is always different to finding a fast lap, so I was confident of moving forward when the lights went out and making something out of what had been a challenging start to the weekend. As it happens, I had a bike with no grip, just like last week. I had four or five massive saves and unfortunately it ended a pretty bad weekend. We will come back stronger in Brno.”