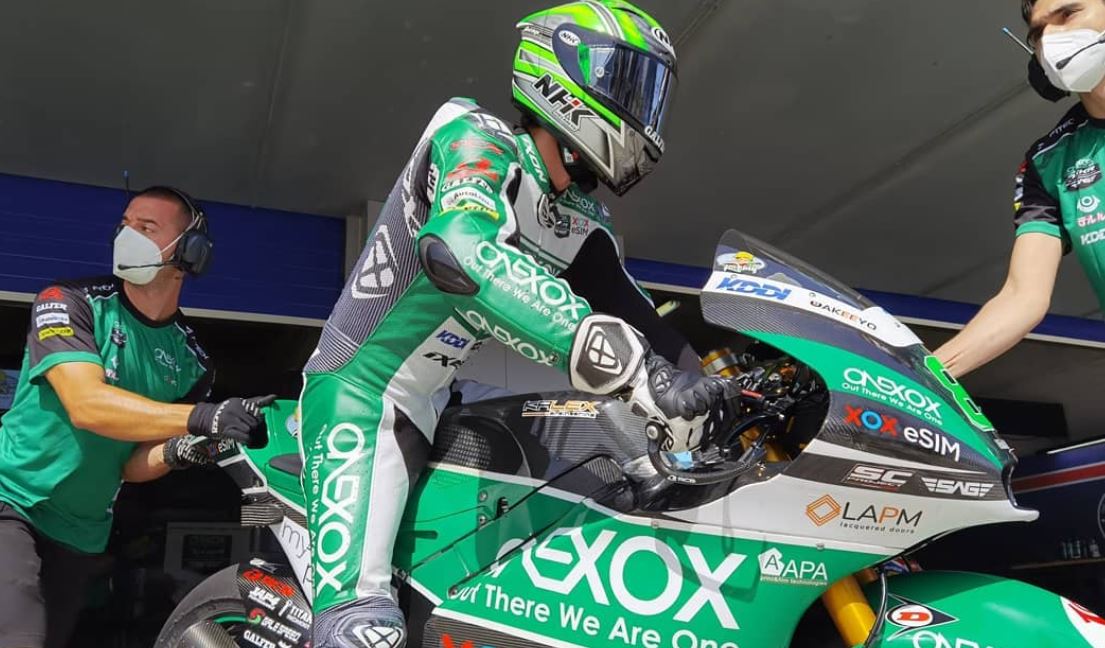 Four and a half months after the 2020 FIM Moto2 World Championship was put on hold due to the global Coronavirus pandemic, Remy Gardner was back in action in round two of the series at Jerez in Spain.

Easing himself back into things during testing on Wednesday, Remy had a solid opening day on Friday before making it through into Qualifying 2, which was the objective. Struggling in the heat, and with times incredibly close (a second covered 20 riders), the #87 ONEXOX TKKR Sag Racing rider qualified twelfth to give himself a real chance of a strong result come race day.

Passing four of his rivals in the opening half lap, Remy slotted comfortably into eighth where he settled into a rhythm and was able to ease away from his pursuers. A couple of crashes elevated him into the top six by half race distance where he would remain until eight laps to go. Dropping to seventh, he maintained his pace to collect a solid seven World Championship points at the end of a sweltering 23 laps.

Remy Gardner:
“It was a really difficult weekend. I really struggled with the bike. We had the front working quite well but we were just missing so much rear grip compared to the others on Saturday. The heat is really affecting us, and it’s nothing like the test but we keep improving but we had a plan to try to solve it for the race. In the end we produced a good race and I am extremely happy with how it went. It could have been a lot worse. We are fifth in the championship, but we need to think of a new plan and attack next week with a better race pace. Thanks as always to everyone for the support. On to the next one!”