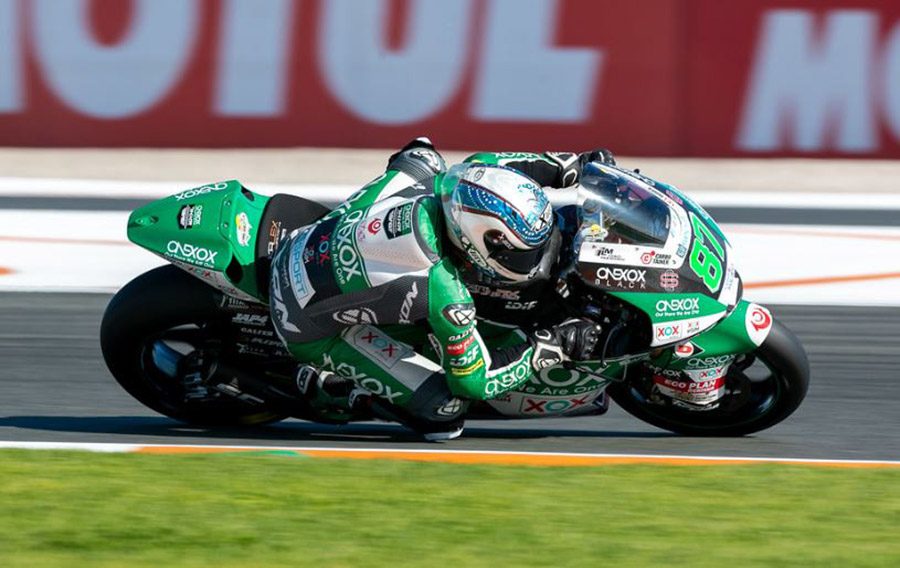 Remy Gardner rounded out a positive season, that saw him take a maiden World Championship podium, with a hard fought fifteenth position in this afternoon’s #ValenciaGP in southern Spain.

Gardner, who was plagued with vibrations caused by a clutch issue on the opening day dug deep when it counted yesterday to put himself directly into Q2, where he went on to secure fourteenth on the grid for the last race of 2019.

A reduced race distance of sixteen laps around the technical 2.489-mile Ricardo Tormo Circuit, following a lengthy delay for the Moto3 competitors, saw Remy involved in a race long battle for eleventh, the #87 Australian eventually taking the final Moto2 point of the season.

Looking back on the season, Remy made the step to the front immediately, taking his first Moto2 podium in Argentina. Several top six finishes and multiple point scoring results followed with Remy finishing the year fifteenth overall.

Preparations for 2020 begin almost immediately where Remy is determined to fight for his first Grand Prix win from the beginning of the season!

Remy Gardner:
“Friday was the worst day of the year. We had big vibrations with the bike which was something to do with the clutch. The team identified the issue and I gave it my all in qualifying, but it was another tough day. It was like starting from zero on a Saturday which is not ideal, but the main thing was that we made into Q2. Unfortunately in the race things didn’t improve and I couldn’t move forward. It’s a shame to end year like this, especially with the speed we have shown but that’s racing and I know the team and I will come back stronger in 2020! Massive thanks to everyone who has supported me, here’s to next year.”