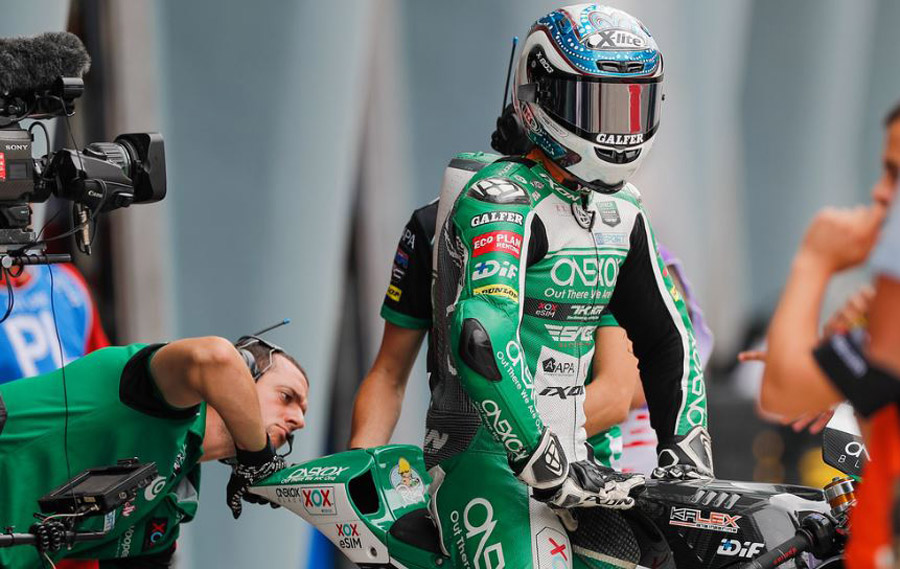 Remy Gardner concluded the third consecutive back to back event of 2019 in fourteenth position after a thrilling eighteen lap race at the 3.4-mile Sepang International Circuit earlier today.

Running strongly throughout the weekend despite a couple of small issues related to rear grip during Free Practice, Remy went in to qualifying fourth on the combined FP classification, going on to secure a third row start in ninth, after, by his own admission, failing to string a lap together.

From lights out to the flag it was typical Gardner grit, the #87 pushing to the maximum. Starting strong the ONEXOX TKKR SAG Racing rider ran sixth before slowly suffering once again from a lack of grip, dropping back through the field, but maintaining a top ten position.

With half a dozen laps to go Remy was hit from behind by Sam Lowes which disrupted his rhythm further. He eventually crossed the line fourteenth, salvaging two world championship points.

The final round of the FIM Moto2 World Championship takes place in Valencia in a fortnight.

Remy Gardner:
“After a strong showing in Free Practice I was unable to string a lap together in qualifying when it mattered. I made a good start in the race which was the plan and moved into the top six but was suffering from no rear grip almost immediately. I was sliding all over the place and the bike was just so hard to ride. It’s a race to throw in the garbage, yes, we scored points, but we could and should have had more. Getting hit by Sam was the final straw, but at least I was able to save what could have been a zero score. I really hope that in Valencia we don’t suffer from any problematic tyres, and that we can end the season strong. It was nice to once again see so many people wearing my merchandise and the fans in Malaysia were really nice. See you all at the final round!”