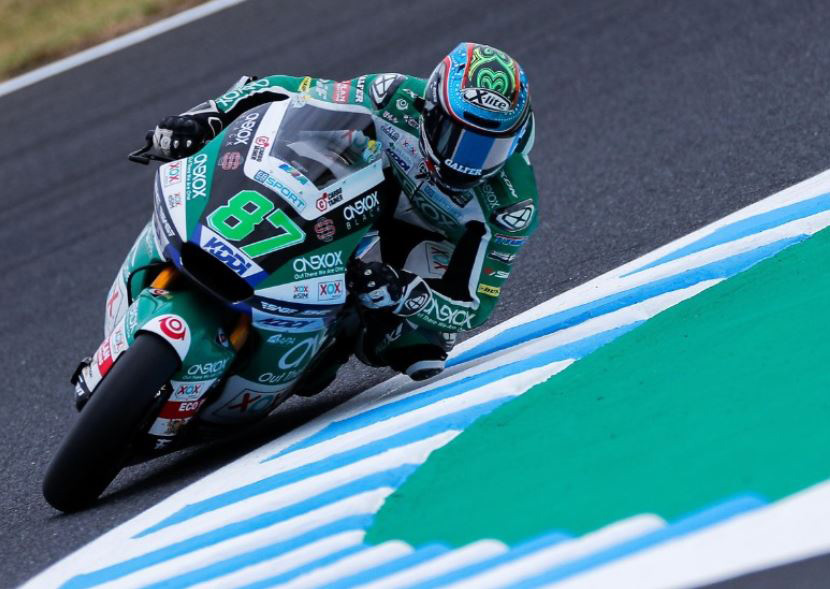 Remy Gardner failed to finish the first of the annual end of season back to back races in Japan, Australia and Malaysia, earlier today, after crashing out with fourteen laps to go after starting tenth in the latest round of the FIM Moto2 World Championship.

The 2.9-mile Twin Ring Motegi circuit historically produces great races, albeit in inclement weather conditions and the 2019 edition of the event was no different with both dry and wet conditions facing Remy throughout the e opening two days of practice and qualifying.

Thankfully dry for the race, the #87 rider initially maintained his position before ending the opening lap in thirteenth. As the race progressed, Gardner once again showed his Sunday best, riding competently before losing several seconds when he was forced to take avoiding action to an incident ahead of him.

Pushing hard to recover the Australian slid out of contention at Turn 9, not the result he wanted or was expecting ahead of his home Grand Prix at the iconic Phillip Island circuit next weekend.

Remy Gardner:
“I changed the tyre in Qualifying and in Q2 it was like riding a completely different bike. It was vibrating from the moment I left pit lane and I was almost high sided more or less immediately. In the end there was no point trying to stay out, so we tried to get the slick in, but it was too late. When the race started, I dropped back but didn’t panic. It wasn’t perfect but I felt comfortable and then I got caught up in the Vierge / Lecuona incident and lost a bunch of time to the group. I went down because I was pushing too hard it’s as simple as that. The next race is my home GP at Phillip Island and I will give it everything to get a result that we deserve there!”