Remy Gardner Focused On The Flyaway Races After 13th In Aragon 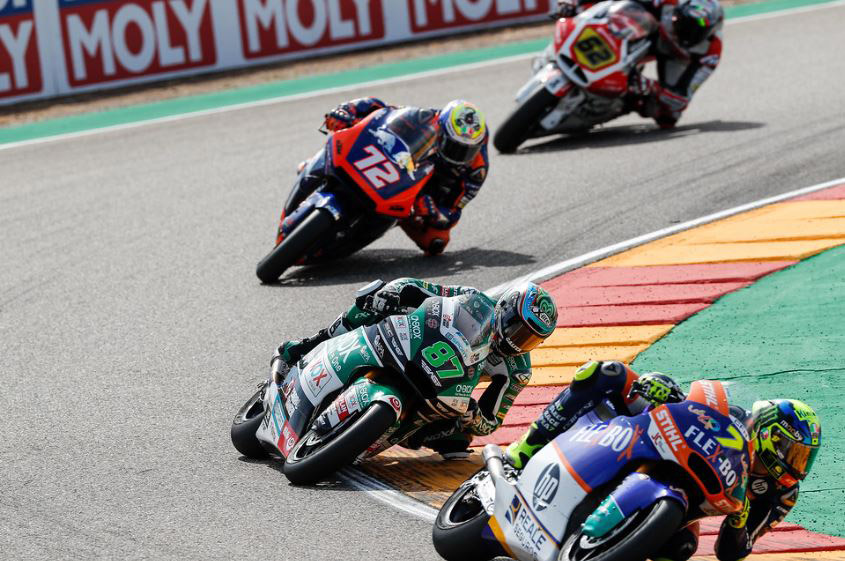 Remy Gardner took the most that he could from today’s #AragonGP, finishing thirteenth at the 3.1-mile MotorLand Aragon circuit in Spain.

With little front-end grip throughout the weekend, he eventually qualified thirteenth after missing the opportunity to push for one final lap at the end of the grid deciding session yesterday.

After improving to twelfth at the end of the opening lap the ONEXOX TKKR Sag Racing rider spent the rest of the twenty-one-lap race embroiled in a multi rider fight for ninth. Still struggling with grip issues that had plagued him all weekend, Remy would eventually cross the line in thirteenth, fully focused and looking forward to the four flyaway races, including his home GP at the iconic Phillip Island Circuit.

Remy Gardner:
“Qualifying was a disaster and we were struggling all weekend to be honest. The problem is grip. After one lap I had nothing left. We planned to try something in the warm up but there was overnight rain which compromised us a little. The race itself was awful. Qualifying ruined what we could do in the race and Friday ruined what we could do in quali, so that was the story of the weekend really! We made mistakes regards tyres and set-up but to be fair in the race the bike was the best it had been all weekend, I just lost too much time fighting for the lower positions. Unfortunately, that’s the way it goes. The mid-race pace was good, I just lost too much at the beginning. It was the first weekend that we haven’t really been there, so we just need to regroup, and come back strong in Thailand and the remaining flyaway races before the season ends in Valencia!”