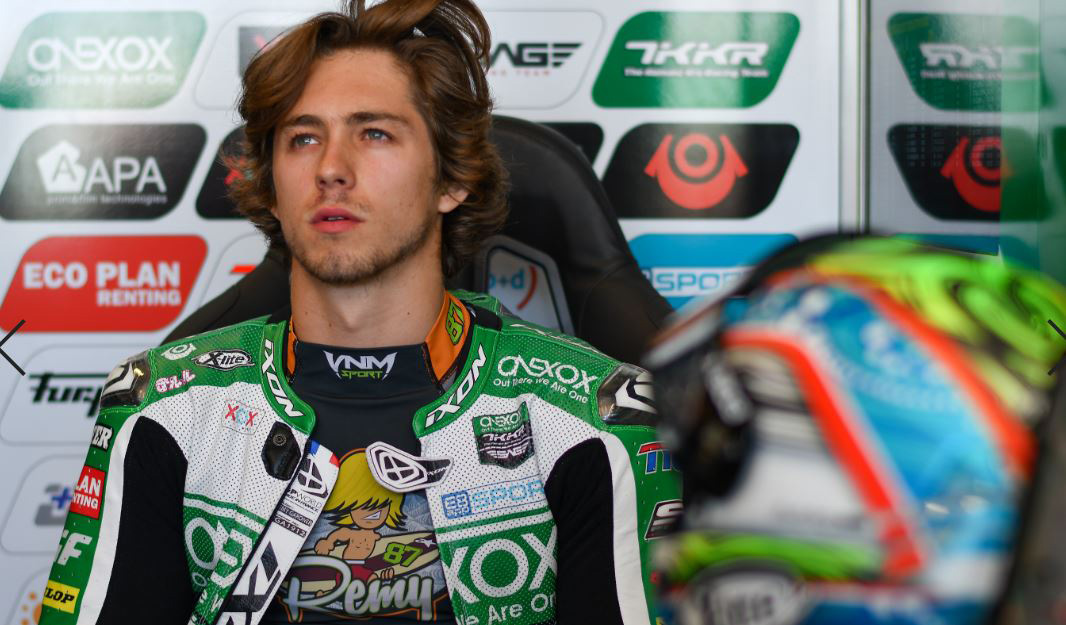 After running at the sharp end all weekend, Remy sadly slid out of contention with fifteen laps to go whilst running eighth. Post-race, he explained that he wasn’t pushing, felt comfortable and was just ticking off the laps, but unfortunately lady luck wasn’t smiling on him once again, his SAG Racing Kalex suffering from a faulty front tyre.

Despite his failure to add points to his season’s tally, the #87 rider is optimistic for the next round at MotorLand Aragon in Spain next weekend, after once again showing pace throughout the San Marino Grand Prix.

There are many positives to take away from Italy including the news that Remy will continue in 2020 with the ONEXOX TKKR SAG Racing squad.

Remy Gardner:
“The weekend started well with the announcement that I will stay with the team next year. I am super happy about this. The guys are great and remaining with SAG Racing makes perfect sense. Of course, we still have several races to show what we are capable of and I was keen to fight for the podium, as we had at Silverstone here in Italy. I just missed out on the front row and we had great race pace, so I was confident after doing the hard work throughout Free Practice of running at the front. I got shuffled back a bit after the start and had to save several front-end slides but it in the end there was nothing I could do, and I went down. It’s so frustrating as I wasn’t even pushing. We had worked all weekend on used tyres, and it seems in the race we got a really bad front tyre. I only had problems on the right side. I saved it five or six time but there was only so much I could do. We actually crashed with the bike pretty much stood up, so I am a bit lost for words. Unlucky again but I did my best all weekend, we know we can be there so on we go to Aragon!”