Set-Up Woes Cost Gardner In The Czech Republic At Brno 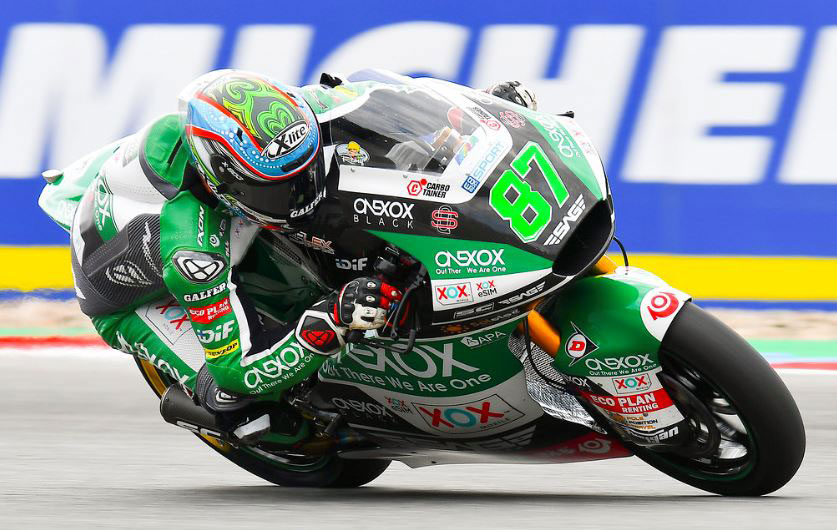 Remy Gardner returned to racing after the summer break, finishing sixteenth after a nineteen-lap fight around the 3.357-mile Brno Circuit in the Czech Republic.

Not maximising his true potential on Friday, the #87 was confident of further improvements on Saturday but overnight rain meant he would not make it directly into qualifying two. Fully focused, Remy topped Qualifying One which meant the SAG Racing rider would be in the Pole Position fight. Opting to stay on wet tyres the Brno Circuit dried, Remy ultimately qualifying on row five.

Moving into twelfth by the end of the opening lap, Gardner was unable to continue his ascent forwards, dropping back through the field to finish just outside of the points scoring positions in sixteenth.

Luckily for Gardner the championship resumes in a week in Austria.

Remy Gardner:
“It’s easy to say that in qualifying we were on the wrong tyre. We made a call and it just wasn’t the right one. I found it hard all weekend with finding a general set-up, but we kept working. The race itself was far from perfect. I made a decent start, but we just didn’t have the setting and I struggled. I kept my head down and was close to the points but it’s not the result we deserve. We know we are faster than that, so we need to come back stronger in Austria next weekend. Thanks to everyone for the constant support.”