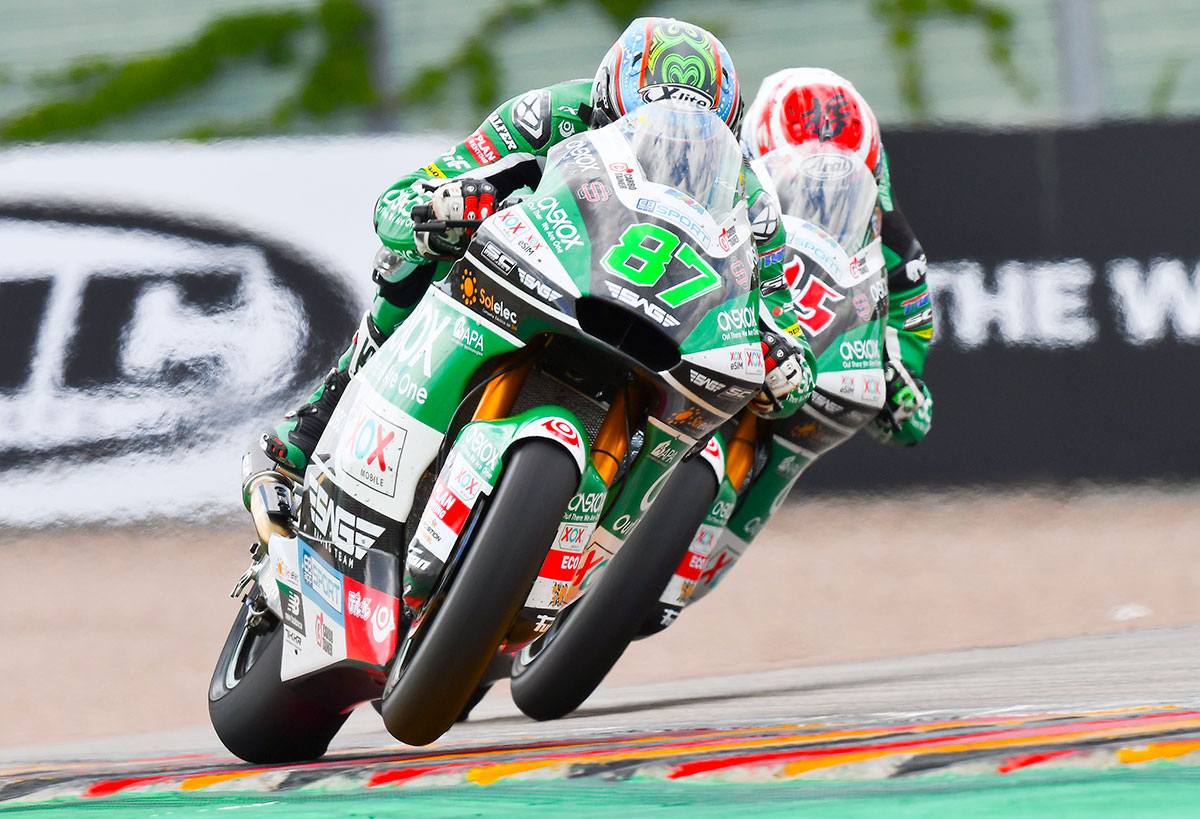 Remy Gardner made the best of having no rear grip in today’s #GermanGP at the Sachsenring, bringing his ONEXOX TKKR SAG Racing Kalex home in thirteenth position after twenty-eight hard fought laps that saw him narrowly miss out on what would have been his third top ten finish of the year.

Qualifying on the third row, in ninth, Gardner dug deep but was unable to find grip in the group, eventually crossing the line to take three additional FIM Moto2 World Championship points into the summer break.

As the first half of the season ends, we should look back at what has been an incredibly positive season for the #87, who has taken a maiden World Championship podium finish, and a maiden Pole Position for a team he has only just joined!

The next race takes place in Brno, Czech Republic in early August.

Remy Gardner:
“It was a very difficult weekend. It seemed like it was going better on Friday and Saturday but then in the race we struggled a lot with rear grip, and we didn’t understand how bad the issues were until we got to the race. I couldn’t find the groove when I was in a group so we did the best we could and, in the end, I finished thirteenth. It’s good to get some points on the board after the couple of zero scores but we will back in Brno ready to fight at the front which is where I believe we should be every race. Thanks to everyone who continues to support me, to my team and all my sponsors.”