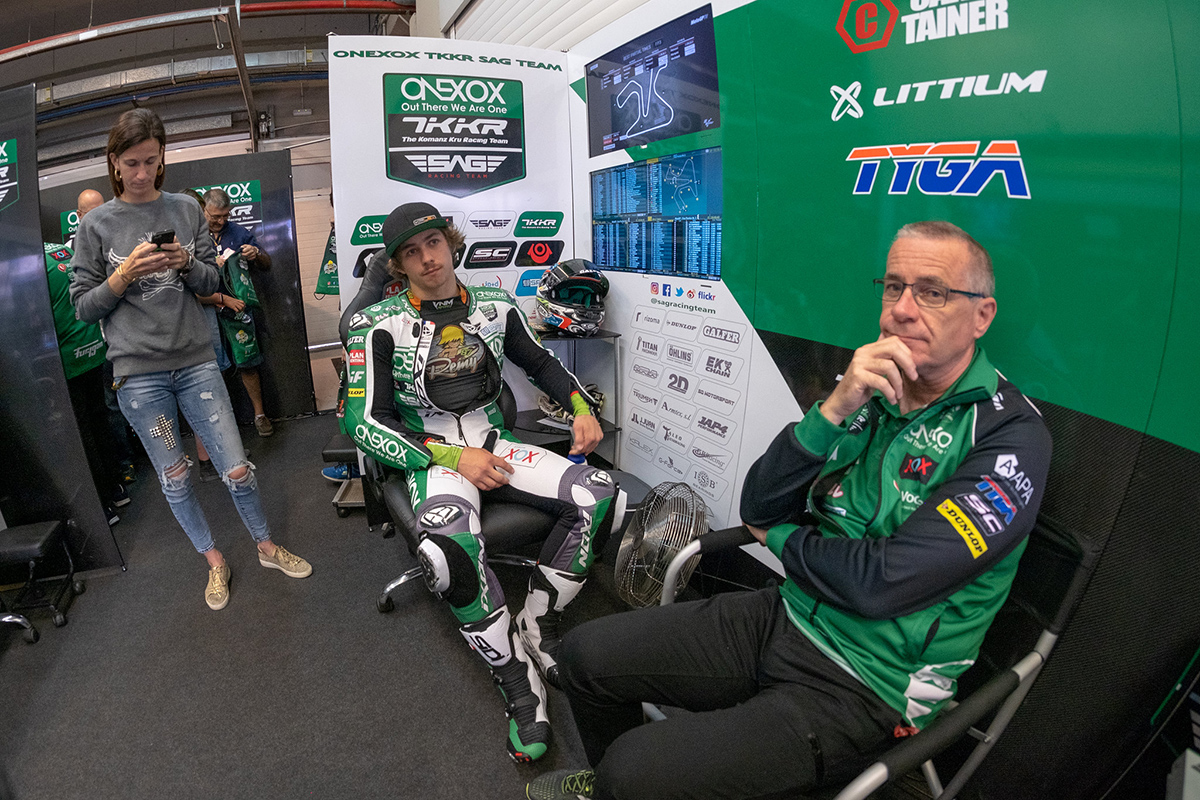 Remy Gardner’s front running start to the 2019 FIM Moto2 World Championship came to a premature end in the fourth round held earlier today at the Circuito de Jerez Angel Nieto in Southern Spain following a turn one crash for the 21 year old Aussie.

Fastest overall after the three Free Practice sessions the #87 ONEXOX TKKR SAG Racing rider qualified an impressive fourth, heading the second row of the tightly packed grid for the 23 lap race around the 2.7 mile Andalusian circuit.

A strong morning warm-up session before lights out saw Remy once again inside the top three, providing that extra pre-race confidence ahead of the first European race of the season.

A typically quick getaway when the race began saw Gardner slot into third as the pack headed into turn one. Moments later he was flicked over the high-side of his Kalex machine, landing heavily which brought out the red flag.

Despite a valiant effort to repair his machine during the stoppage Remy was unable to take part in the fifteen lap restart after a visit to the medical centre ruled him unfit due to concussion.

There are a lot of positives still to be taken from the weekend however, with Gardner once again showing his front running pace from the opening on track session of the weekend.

Remy Gardner:
“We missed the front row by the smallest margin but I felt really good with the bike, the team and everything that is happening so was really excited for the race. After a good warm up I thought we would have a good race. I made a decent start and after a bit of elbowing into turn one I slotted into third and then I high-sided and that was the end of what could have been another really good race result. I still don’t fully understand why I went down and then they wouldn’t let me restart. I am sorry for the team, and all my supporters. The main thing is I am ok, am still fifth in the championship and will be back strong in Le Mans.”