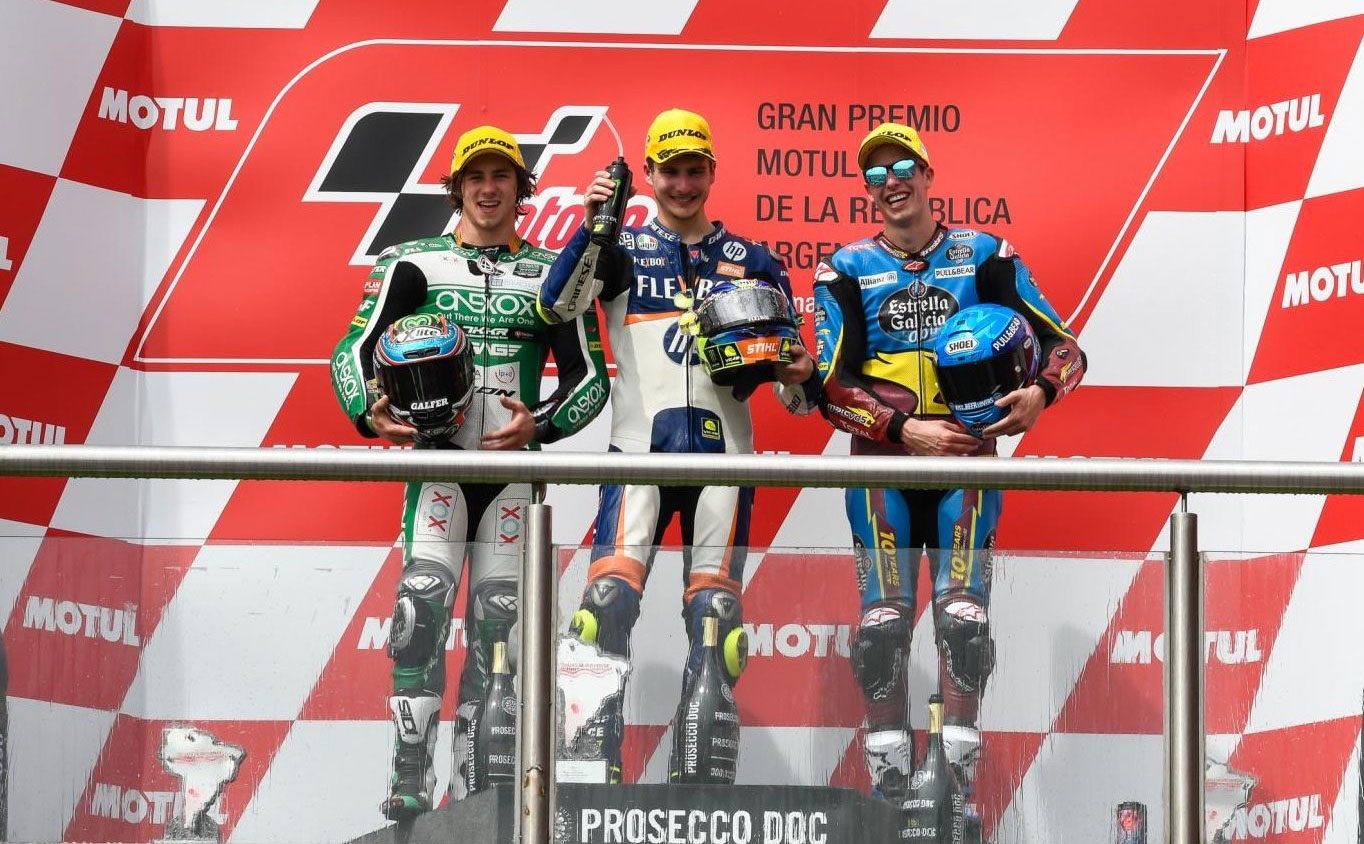 Remy Gardner produced the race of his life in today’s second round of the 2019 FIM Moto2 World Championship to take a career first podium in second position for him and his ONEXOX TKKR SAG Racing Team.

A previous top six finisher in Argentina, the Termas Rio de Hondo Circuit was also the scene of Remy’s leg break a couple of years ago but thoughts of bad days in South America were banished after a ballsy twenty-three lap race saw the Aussie finish in an emotional second position, after a mature ride that clearly puts him into contention for more podiums, a maiden win and quite possibly the title!

Starting the weekend as he finished the opening round of the 2019 Moto2 World Championship in Qatar, the #87 Rider was in the mix from FP1, elevating himself to third overall at the end of the opening day before ending the combined Free Practice sessions fastest of anyone!

Unable to find the same feeling as he had a few hours earlier, Gardner eventually qualified seventh, still very much in contention for another strong finish come race day.

Fifth in Warm-Up underlined Remy’s pace around the 2.9-mile circuit and after a lightning start saw him move immediately into the top four the scene was set for Gardner to prove that round one was no fluke!

Forcing his way into third by the end of the opening lap he was up to second a lap later, wasting no time to hit the front where he looked comfortable, controlling the pace and stretching the leading group.

Maintaining his position out front until a few laps from home the podium could have slipped away for the second consecutive race after a hard move from eventual winner Lorenzo Baldassari, but Remy was in no mood to miss out on a top three finish, producing two stunning final laps to haul himself back to second at the flag.

The result sees him move into second position overall in the World Championship ahead of round three which takes place at COTA in the USA on the 14th April.

Remy Gardner:
“You have no idea how long I have been waiting for this. I could’ve won it but Balda touched me and I got a bit out of shape on the brakes. I did it to the other guys so I’m not going to complain like a little girl, but I should have given him a bit more room and been a bit smarter with that tactic. I never gave up. Every time someone passed me, I was like no, I want this, and after losing out in Qatar by two hundredths when I saw Schrotter in front of me I thought, it’s not happening this time and so I just pulled my finger out and gave it everything. I have no words, I am a bit emotional. Massive thanks to the team, they have believed in me from the start and to everyone who has been sending tweets and messages on Facebook, thank you.”