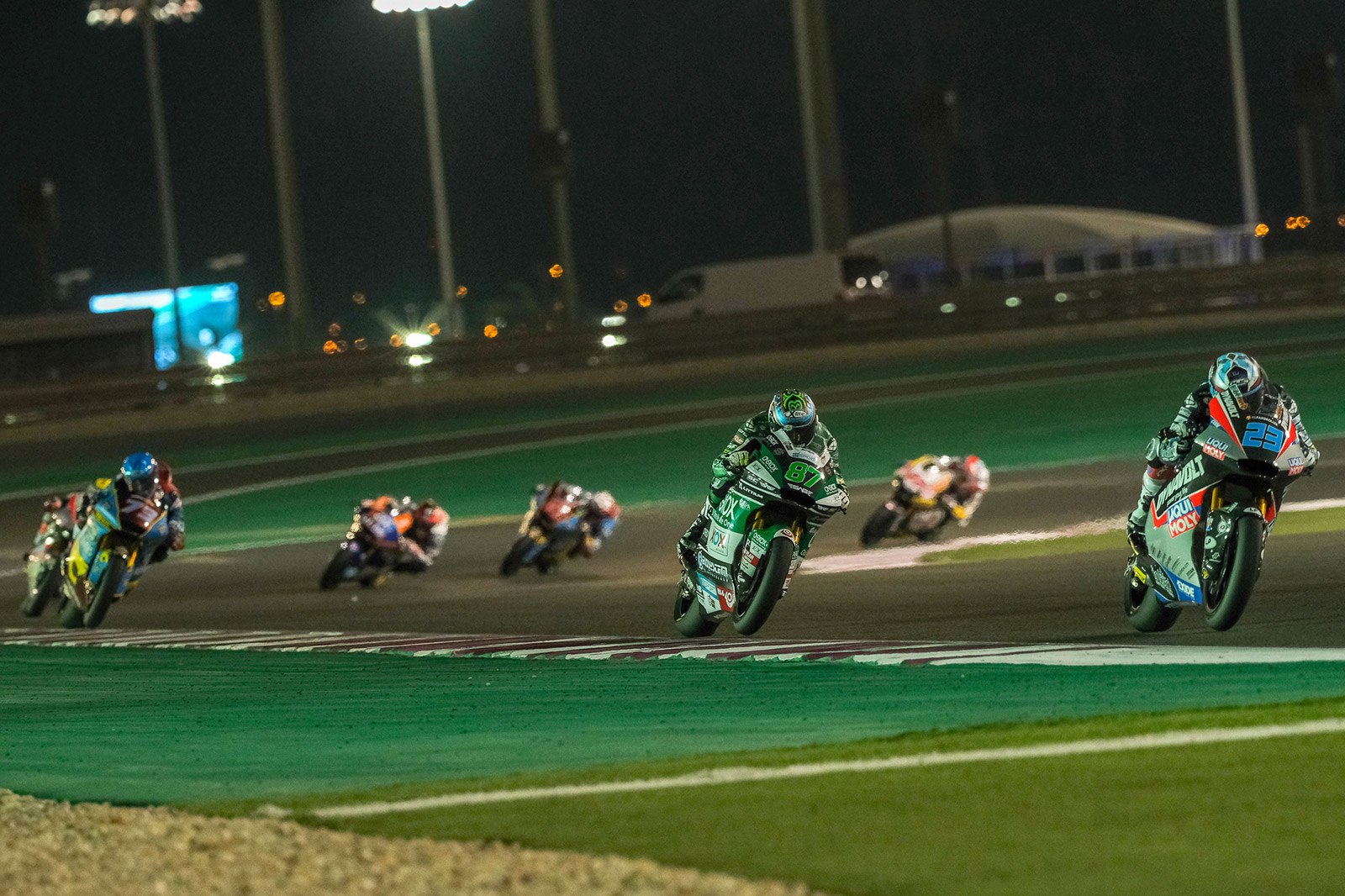 After a great weekend, the ONEXOX TKKR SAG TEAM almost scored a podium at the Gran Prix VisitQatar thanks to young Australian Remy Gardner.

Remy, starting from fifth position of the Moto2 grid, has battled for the front positions of the first round of the season from the beginning of the race. After an intense fight with Schrotter, the Australian has finished only 0.002 seconds of scoring the first podium of his career in Moto2.

The team will travel to Argentina in less than three weeks to take part of the second Grand Prix of the Moto2 season at Circuito de Termas de Rio Hondo, on March 31st.

#87 Remy Gardner | P4 | +2.125
“It is a big disappointment that we couldn’t get to the podium. We were only two thousands of the podium, I feel like I should have been more aggressive at the beginning of the race but I didn’t want to risk a big mistake. Unfortunately, we got beaten to the line by Schrotter. We miss straight line speed and this is what ultimately costed us the podium today. I am already looking forward to Argentina!”