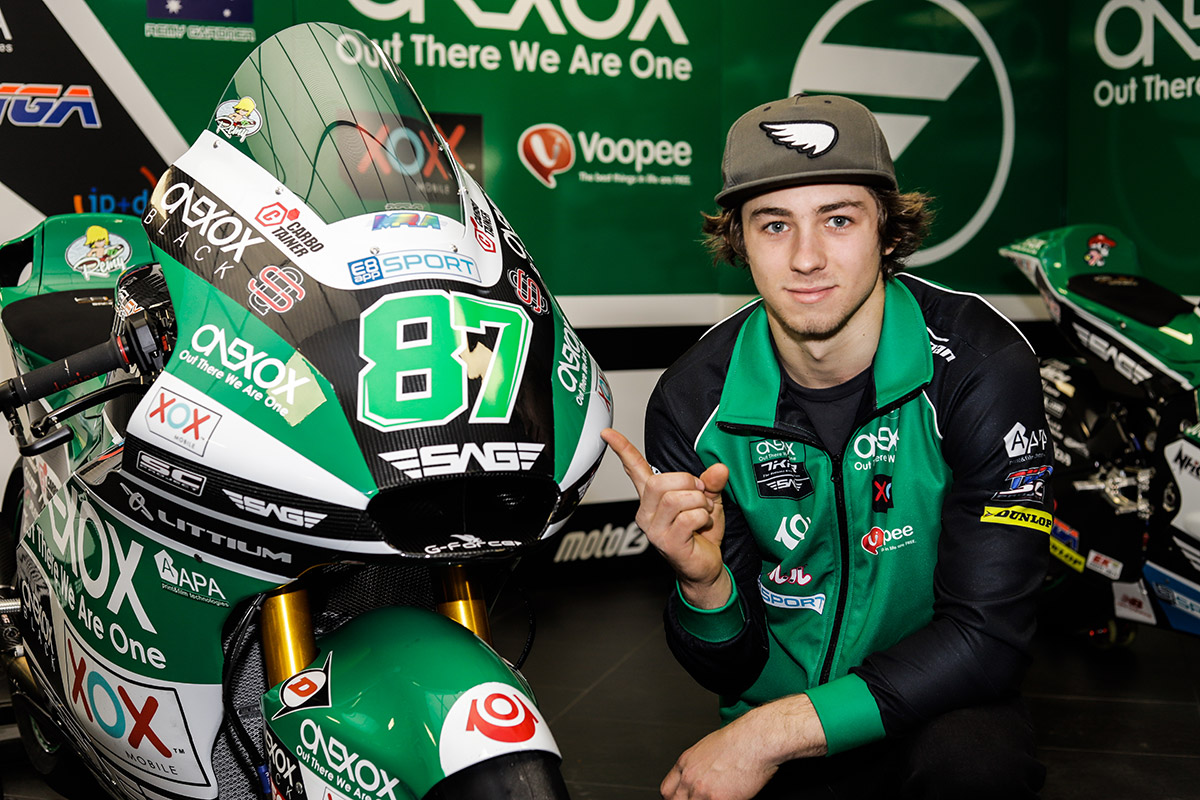 The ONEOX TKKR SAG TEAM, with brand new tittle sponsor, has unveiled the new colours for this 2019 season. With only 24 days to go for the first Grand Prix of the season in Qatar, the team has shown its enthusiasm to start which will be its 14th season competing in the World Championship.

Edu Perales, owner of the team, affirmed this is going to be a very interesting season as it is the first time all teams are competing with Triumph engines. The team is travelling to Almeria Circuit this week for 2 days of private test before they head to Jerez for the official pre season test organized by IRTA from 20th to 22nd of February.

Remy Gardner
Judging from the last year’s test in Jerez, it looks like we are starting pretty well. I am happy with the new engine; I think it suits my style a little bit more so this year I am going to try to fight for some podiums which is our ultimate goal. I was very happy with my first sensations with the Kalex in last year’s test and I think we need to be smart with the set up of the new bike and the new engine. We need to work very hard in the first test of the year because the first race is coming fast and we need to prepare everything and try to get off to a good start.

Edu Perales – Team Principal
SAG Team and ONEXOX join in a very ambitious project and with which we intend to take a big step forward during the next years in the championship. During the last months we have worked on the expansion of our structure and thanks to our new sponsor ONEXOX, in addition to the Moto2 World Championship we will be in the European Moto2 Championship, in the FIM Asia Road Racing Championship and in the Malaysian Cub Prix Championship. In the Moto2 World Championship I am convinced that both Gardner and Nagashima will give do a good job. Remy is very young and has a lot of potential, he will be a reference in the category in the coming seasons. We already know Tetsuta, he is a rider who returns home and who has accumulated enough experience to be able to be consistent and also placed in front positions.