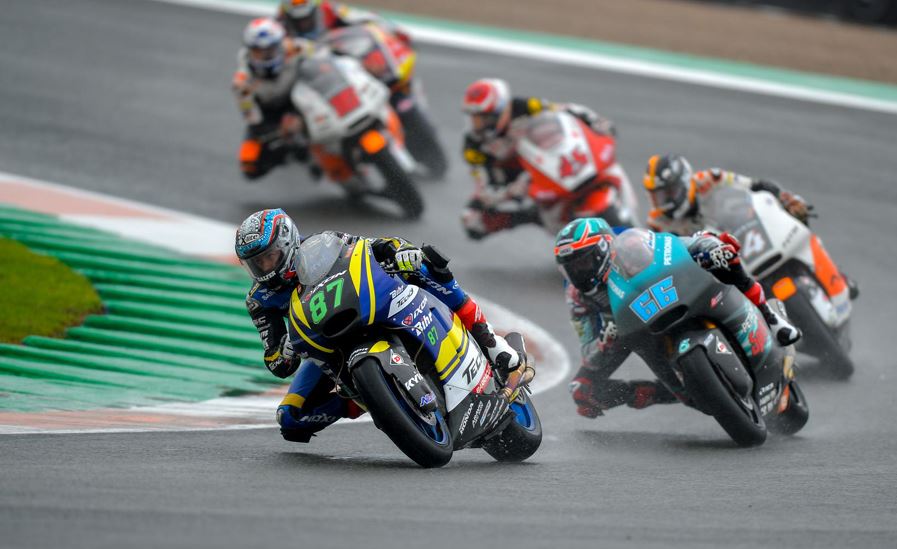 Remy Gardner ended his time with the Tech3 Moto2 Racing team with a stunning ride to fifth, his best ever result in the FIM Moto2 World Championship, in today’s twenty-five lap race in Valencia.

Building steadily throughout the weekend, Remy was well inside the top ten after Free Practice, before qualifying seventeenth, for his final race aboard the Mistral 610 machine.

With rain continuing to fall as the grid lined up it was clear that the conditions would suit the #87.

Making one of his typical fast starts, Remy ending the opening lap in fourteenth before finding his rhythm moving forward through the field and into the top ten by the time the race reached half distance.

Fully focused, he produced the race of his career, lapping as fast as the leaders in the second half of the race to move into the top six with only a handful of laps remaining.

Another perfectly executed move saw Gardner move into fifth, where he remained, crossing the line a fraction of a second behind eventual fourth place rider Mattia Pasini, to end the season with his best ever Moto2 result.

Clearly ecstatic, he will savour the moment before regrouping for 2019 where he joins the SAG Racing team aboard a Kalex.

Remy Gardner:
“I was a little disappointed to only qualify seventeenth but knew if it continued to rain for the race we could get a good result. It was a long race but I am super happy to finish fifth, by far my best race and my best race finish in Moto2. It was a fun race and good to end the year and my time with Tech3 this way. Big thanks to them, and big thanks to everyone who has been supporting me. Time to relax a little now and then come back even stronger next year where I will be with a new team.”